It will be two weeks before our Monday night helping of drama, sex and scandal returns on Mistresses. Now that The Bachelorette is over, we’ll need it. 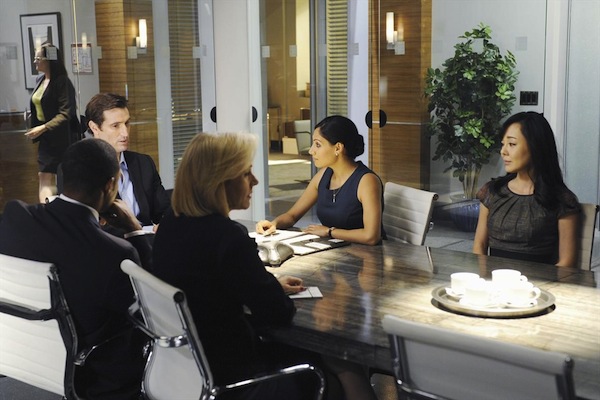 Mistresses doesn’t return until Aug. 19, but it’s a good time to catch up if you’re new to the nighttime drama or just behind on episodes. Here are the most important things you need to know before the show comes back:

1. Savi is keeping the baby

Even if it means losing Harry. She wants the baby despite her husband’s ultimatum that if it isn’t his, he’s leaving her. Finally, Savi (Alyssa Milano) has made a decision. For a while, she wasn’t even discussing her options when it came to the baby. Now we know s/he is here to stay, and Savi’s willing to face the consequences.

2. The paternity is in

Savi received a letter regarding paternity but didn’t open it. She gave it to Joss for safekeeping until she’s ready to know. Savi doesn’t want to be with Dominic so it doesn’t matter if the baby is his. And she doesn’t want Harry to come back home just because the baby is his. According to Savi, until that baby is born, she is the only parent that matters.

Not only did he move out of the house, he told Savi that if the baby isn’t his she has to choose whether she wants the baby or him. Without knowing paternity, she chooses the baby. We wanted him to come back, until the low-blow about the baby. The baby should not be the deciding factor in a relationship. Luckily, Savi knows this. Hopefully, Harry will come to understand.

4. Joss is in a relationship

Instead of just being friends with benefits with Alex, Joss is jumping in and making it official. She and Alex start an official relationship, but we’re not sure how long it will last. Alex even said she knows Joss isn’t a lesbian, plus Joss has a history of not committing. Hopefully she won’t break Alex’s heart.

5. Elizabeth knows about Karen and Tom

Though we don’t know how long she’s known. Karen even suggests Elizabeth may have killed Tom in a jealous plot. To make things worse, Tom’s son Sam, who has a crush on Karen, overhears the conversation and his mother’s confession. 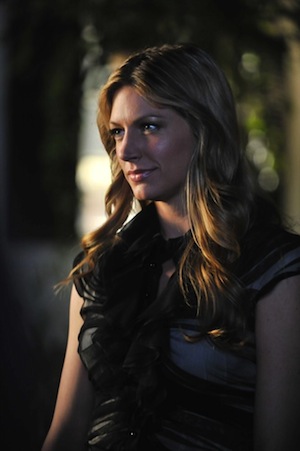 Not only does Elizabeth know about Karen’s affair, she’s out for revenge. After persuading Karen to write false reports that Tom was suicidal, Elizabeth turns around and acts shocked that these records came to light. She accuses Karen of lying and plans on taking Karen to court.

Not only is he back from the dead, he’s not leaving until he’s seen his daughter. April is furious and doesn’t want to subject her daughter to that kind of trauma — like any good parent, but what’s she supposed to do? He’s legally dead. We think protective mother is about to be unleashed.

Karen’s first step in protecting her child is finally telling Richard the situation with Paul. At the end of the last episode, she decides to tell him the whole truth. We think it’s a good choice. She could use some advice. We just hope she goes through with it.

She’s keeping the baby no matter who’s the father, but that doesn’t mean she wants to start something with Dominic if he’s the father. He won’t leave quietly, though. If it’s his kid, he’s made it clear he won’t give up his rights to the title of dad. Good for him.

They shared a moment where he didn’t insult her entirely. It’s a stepping stone at least. It seems like their relationship is on its way to friendship. We just hope it stops there. Olivier has his eyes on Alex anyway. Let’s just hope it doesn’t (or does?) lead to some weird love triangle.