Amanda Bynes has been tweeting about her love (and occasional hatred) for Drake for months. But how much has Drake been paying attention? 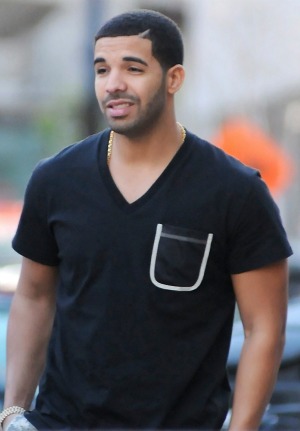 Finally! It’s been months since Amanda Bynes first asked Drake, very politely, if he would “murder my vagina”. And, numerous comments later, Drake continued to stay mum on the subject, leaving many to wonder if he even knew what was being said about him.

It turns out the singer has been paying attention the entire time, and has finally commented on the topic. It looks like Amanda Bynes’ attraction to him is definitely not mutual.

“I don’t even know who that is doing that or what that’s about,” Drake told XXL magazine. “If that is her, I guess it’s a little weird and disturbing.”

Even though he is “disturbed” by Bynes’ behavior, he knows acknowledging her behavior would have only given her a reason to keep going.

“It’s obviously a behavioral pattern that is way bigger than me,” he said. “Whoever is behind it, whether it’s her or somebody else, they know people are paying attention so they keep it going.”

Bynes’ tweets started out as admiring and then turned nasty, almost as if she was attempting to get Drake’s attention (which obviously didn’t work). She eventually sent a tweet calling Drake “ugly” (although to be fair, everyone who is anyone has probably been called ugly by Bynes).

The actress is currently under a 5150 hold, and so her Twitter has been silent recently. Her last tweet shows she has nothing but admiration for Drake.

It looks like Drake not only isn’t interested in Bynes, but that he doesn’t even really know (or care) who she is. He does at least want her to get help though, because he knows she obviously needs it.

Bynes is now being treated for schizophrenia, and her hold has been extended.

Drake: Chris Brown “made me the enemy” >>

Drake is out promoting his new album Nothing Is The Same, out Sept. 17. His XXL interview will be on newsstands Aug. 20.