Michael Douglas has been to hell and back — in love, with his kids and his own health — but each time he fell, he learned something to make his second chance at each a success. 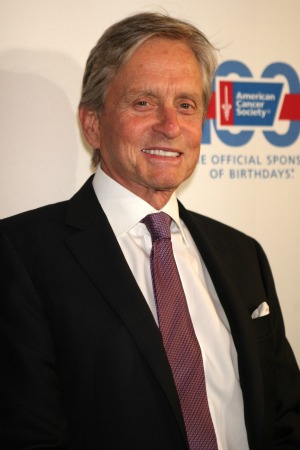 His first marriage ended with a very expensive and drawn-out settlement and his first child is in prison — but if there’s anything Michael Douglas knows something about, it is the power of second chances.

The Behind the Candelabra star is now married to fellow actor Catherine Zeta-Jones, with whom he has two young children, but his first marriage to Diandra Luker was one of Hollywood’s most spectacular — and expensive — failures.

“I know I’m going to get into trouble here. I have nothing against her and in fact I’m very fond of my first wife. But we should have ended that marriage eight or 10 years earlier,” Douglas told The Mirror.

“It took me too long to realize that if you go to a marriage counselor to resolve problems, it’s in his interest to keep the marriage going. Because if I end the marriage he’s got no business. I think Diandra would probably say the same thing. That’s the only clear regret that I have.”

Luker nabbed a $45 million divorce settlement in 2000, including 50 percent of Douglas’ earnings on any spin-off or sequel projects that originated during the time they were married.

Another regret? The fate of his first child Cameron who is currently in prison on drug charges. But the star said he too has a second chance on the horizon.

“He’s a great young man, so I hope he gets it all together. He’s in prison and he’s going to be there a while,” Douglas said. “He knows what he’s done and takes full responsibility for it and I can see now it may be the best place for somebody to sort out the next chapter in his life. I’m there for him and supporting him.”

Catherine Zeta-Jones has the secret to wedded bliss >>

Douglas got another shot at fatherhood with Dylan and Carys, his children with Zeta-Jones, and he’s relishing every minute.

“I love kids and I love having had this second chance to have a family. There’s something about the innocence and unequivocal love that children have. You’re just their dad and there’s a complete love without them having any judgment, so I can enjoy that a lot,” he said.

“My daughter is a horseback rider so I try to watch her ride, we take holidays together. I got Dylan his diving permit so he and I dive together. He likes surfing, so we try go and find places on holiday where there is good surf. They’re just at a great age. It’s a lovely time but I know how fast it goes. Soon, they’re not going to want to see dad, they’ll want to see their friends.”

And finally, Douglas is reveling in his second chance at love. Married to Zeta-Jones since 2000, the couple has had their share of obstacles, including his cancer battle and her struggle with bipolar disorder.

“True love takes work,” he said. “Love is an extraordinary feeling that comes from the bottom of your soul, but has to be nurtured, you know. The thing I’ve learned about getting older is you can’t take love for granted. You protect it, nurture it and it grows and after one’s initial, physical, emotional aspects, it becomes deeper.”