Beyoncé chops off her luscious locks and posts pictures of the results on Instagram. 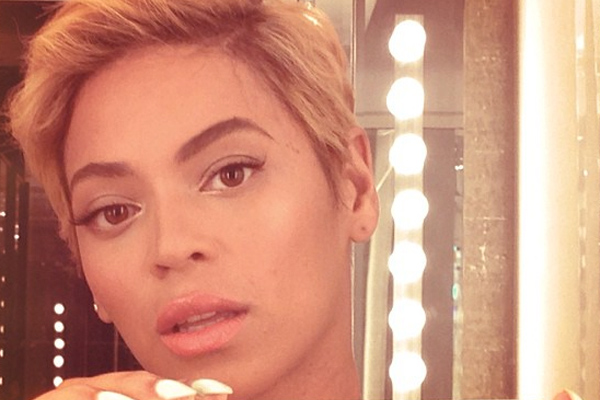 Beyoncé was obviously in the mood for a big change and, boy, did she ever pull it off. The actress/singer/mom of Blue Ivy surprised her fans when she posted pictures on Instagram with a brand-new haircut.

The new ‘do is a short pixie cut and couldn’t be more different from the long hair that fans have been used to seeing on her for, like, ever. Beyoncé posted three pics of the new cut without any comment, leaving her followers to say it all.

Taking a quick peek at the responses on her Instagram feed, it looks like most of Beyoncé’s fans are enjoying the new haircut. There are some naysayers making nasty comments (aren’t there always?) but overall the fan response seems to be positive. In fact, many have commented that they feel empowered by what the actress has done.

Could this mean that a wave of pixie cuts could be making its way across America? Mindy Kaling spoke about her character’s new short hairdo for the second season of The Mindy Project and said, “Chopping your hair off is something every woman fantasizes about doing.” Are more women about to start chopping off their hair as a way to express their individuality? Time will tell if the pixie cut will make a huge comeback.

Maybe Beyoncé decided that she needed shorter hair for her own safety. Just a couple weeks ago, her luscious blond locks became entangled in the blades of a large fan when she was performing onstage. Anyone who has had their hair caught in a fan knows that it’s not a pleasant experience, so maybe the singer decided that enough was enough and chopped it all off to keep it from getting eaten by any future fans (the electrical kind, not the screaming kind).

What do you think of Beyoncé’s new hair?