Kate Upton may be one of the most desired women in the world, but she wants everyone to know who she really is. Being a swimsuit model was never in her plans. 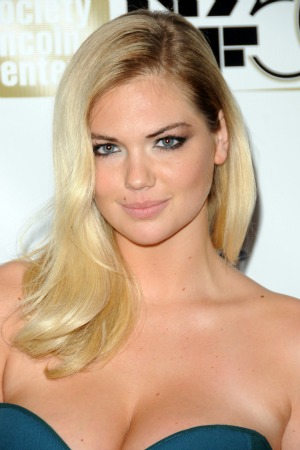 Since scoring her first Sports Illustrated: Swimsuit Edition issue, Kate Upton has been the object of male affection all over the world. But the supermodel admits she doesn’t like the type of attention her job has brought her.

“People deal with models like they are children,” she told Elle magazine in a recent interview. “They think they can pull one over on you. It’s actually funny. I’m always like, ‘I’m about to pull something on you,’ and you’re so focused on thinking I’m dumb you’re not even going to know.”

In fact, winning the coveted cover didn’t have her feeling happy at all. She said that she “felt terrible about myself for a solid month.”

Upton did eventually return, and agreed to appear on the cover the next year, for the 2013 swimsuit issue. This time, she was sent to Antarctica for the job, and it wasn’t all smooth sailing. The model later revealed she had suffered frostbite during some of the shoots.

Through all the ups and downs of fame, Upton says her faith is something that has carried her through. But she said it’s one trait people seem to be surprised by.

“I was at a photo shoot, and I was wearing a cross necklace that my mom bought me, and somebody made a joke like, ‘Why are you wearing a cross?'” she told Elle, via the New York Daily News. “And then they took [my necklace] away. I was really affected by that. The whole thing made me realize that I do want [a cross] with me, at all times.”

After that, the 21-year-old had a cross tattooed on the inside of her finger.

Another thing that has changed for Upton is her dating life. For her, it became nearly impossible to date, because people have certain perceptions about swimsuit models.

“Every single guy I met was either married or about to be married, and I felt like I was their bachelor present or something,” she said, adding that people never seem to realize she’s just a fellow human being.