Forest Whitaker’s an Oscar-winning actor who met his match in Oprah Winfrey. They play a married couple in Lee Daniel’s The Butler, where her performance left him speechless. 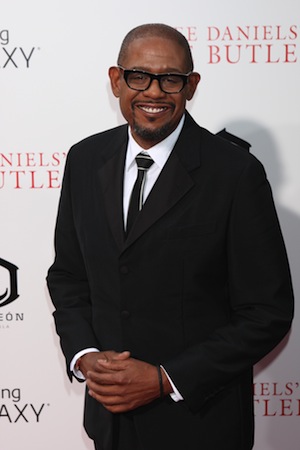 Next weekend, Forest Whitaker will lead the all-star cast of Lee Daniel’s The Butler. The actor plays Cecil Gaines, the real-life butler who served in the White House during multiple presidencies.

In the film, Whitaker stars opposite Oprah Winfrey as his conflicted wife, Gloria. According to People, Whitaker was taken aback by her acting chops. She went above and beyond to sell the couple’s story.

Whitaker says, “In between the scenes, when we’re trying to develop our rapport and continue to build our connection, she would be so generous, she would rub my back or, you know, we’d walk hand-in-hand to the set and talk, and I think it led to the magic of us being able to really be connected in the film.”

Winfrey also didn’t hold back when it came to the dramatic moments. Whitaker reveals how he was at a loss for words when it came to a big confrontation. “One time she was [acting] really drunk in the scene, and I just didn’t know what to do.”

Robin Williams to play president of the U.S. >>

It sounds like Winfrey brings the heat to The Butler. She and Whitaker star alongside Terrence Howard, Cuba Gooding, Jr., Lenny Kravitz, Jane Fonda, Robin Williams, James Marsden and many more.

The Butler opens in theaters Aug. 16.