A second woman claims Lamar Odom cheated on Khloé Kardashian — and says the reality star knows all about their fling! 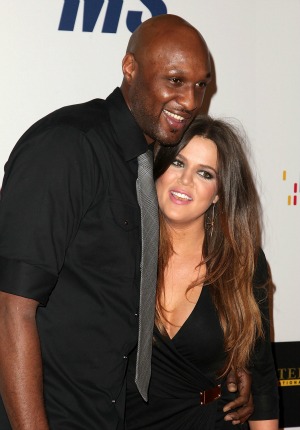 They’ve put up a united front so far, but can the marriage of Lamar Odom and Khloé Kardashian last after new cheating allegations?

California attorney Polina Polonsky claims she too had an affair with the NBA star, and that she has the lie detector results to prove it.

In an interview with Star magazine, Polonsky claims she had a six-week affair with Odom that began when he moved into the Roosevelt Hotel after Kardashian kicked him out amidst the first set of cheating rumors in June.

“I was under the impression that he had left Khloé and that’s why he was living at the Roosevelt,” she said. “He acted completely available and we definitely had mutual attraction.”

Polonsky claims she met Odom for the first time on June 2, that they kissed on June 9 and finally did the dirty deed on June 13 at her apartment.

Lamar Odom freaks out on paparazzi amid cheating rumors >>

“After we had sex, Lamar stayed the night with me,” she told the mag. “The next day we went back to the Roosevelt. I stayed there with him for the next couple of nights.”

Then Kardashian found out, and the poop hit the fan.

Polonsky claims that on July 21, Kardashian and momager Kris Jenner stormed the Roosevelt looking for Odom and his mistress, even kicking in a door to catch them in the act — but the pair was hiding out at the attorney’s apartment.

But even that love nest couldn’t remain a secret for long. On July 25, Polonsky claims, Kardashian and Jenner showed up at her door.

“I couldn’t believe they found where I lived and came to my apartment!” Polina explains. “They were knocking on the door, but Lamar refused to answer.”

Is this the end for Khloé and Lamar? Or is just another case of a random woman trying to make a quick buck and get her 15 minutes of fame?