Who will be on Season 17 of Dancing with the Stars? It looks like Paula Deen and Geraldo Rivera won’t be cast members. Both reportedly turned down the show. 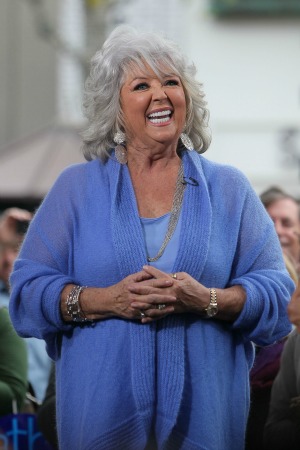 Paula Deen is staying out of the spotlight. After a rough start to the summer with her N-word controversy, the former Food Network star has declined to appear on Dancing with the Stars for Season 17.

According to a Us Weekly source, the offer was refused by Deen because “the dance floor is not the appropriate forum for her.” This would be the first serious offer for the 66-year-old since the Food Network and sponsors like Target and Walmart dropped her.

Deen is laying low and letting the public outcry diminish as she plots her next career move. While she might have been worried about any backlash from appearing on the ABC show, she certainly had supporters in the cast.

Host Tom Bergeron thought it was a great idea for Deen to appear.

He told the entertainment magazine, “We’ve seen career resurgences after the show. People go, ‘I remember why I love that person!'”

Even pro dancer Cheryl Burke was in favor of the idea.

She told ET Canada, “I think you’d probably see a different side of her, and I think she would be a great addition to the cast. I think coming on something light and fun would be something good for her.”

The fallout continues: Paula Deen parts with her agent >>

At some point Deen will attempt to make a comeback, it’s just not going to be on the dance floor.

She isn’t the only one to have turned down an offer to appear on the dance competition show. Geraldo Rivera tweeted that he turned down the show as well. He’s made lots of news lately for his naked selfie which showed off his buff body, but he admitted that he has a “bad foot.”

Who will be in the cast? The official announcement will be made live on Good Morning America on Sept. 4. This will be the first year there’s only one night of competition. ABC had previously announced that they axed the elimination show on Tuesday nights.