Emily’s surprise party doesn’t go as planned when the girls find Jenna face down in the lake. Luckily, it looks like she’s going to be fine. The same can’t be said for Emily who can’t just keep swimming either. 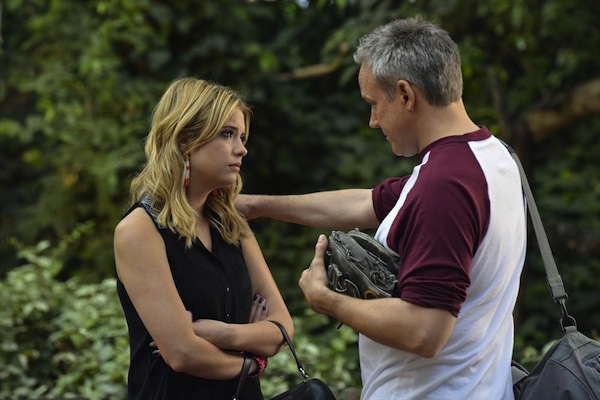 Finally, we find out who Mona is afraid of on Pretty Little Liars, and it isn’t Alison. As Shana so gracefully blurts out: Alison is dead. Or so she and Jenna think. When will it be OK to officially close the book on that theory?

One thing that is still up in the air is who killed Wilden. Mona says she committed the crime in self-defense. The police and Veronica are suspicious, but her confession is still sufficient enough to cause doubt in Ashley’s case. The judge sets bail. At one million dollars. That doesn’t deter Hanna (Ashley Benson) who is determined to see that her mom gets it.

Meanwhile, Paige is ready to plan Emily’s birthday. As a present, she gets her a meeting with an Olympic swim trainer named Dominic who is willing to discuss Emily’s options for the future. Paige even suggests Emily (Shay Mitchell) doesn’t have to go to college next year if she still wants to train and go for a scholarship.

When Emily meets with Dominic, however, things don’t go as planned. Paige didn’t tell him about Emily’s shoulder injury. He tells Emily her chances of getting a scholarship are slim at best, though he’s still willing to help her train if she takes a year off from school.

He meets with his ex, Maggie, who plans on going to Seattle for graduate school with Malcolm. Ezra doesn’t like the distance that will put between him and his son. Ezra even suggests Maggie leave Malcolm with him, but Maggie won’t hear of it.

Upset, Ezra meets with Veronica regarding his custody rights. She says that he will first have to establish paternity and then pursue custody. Ezra wants to put up the fight. 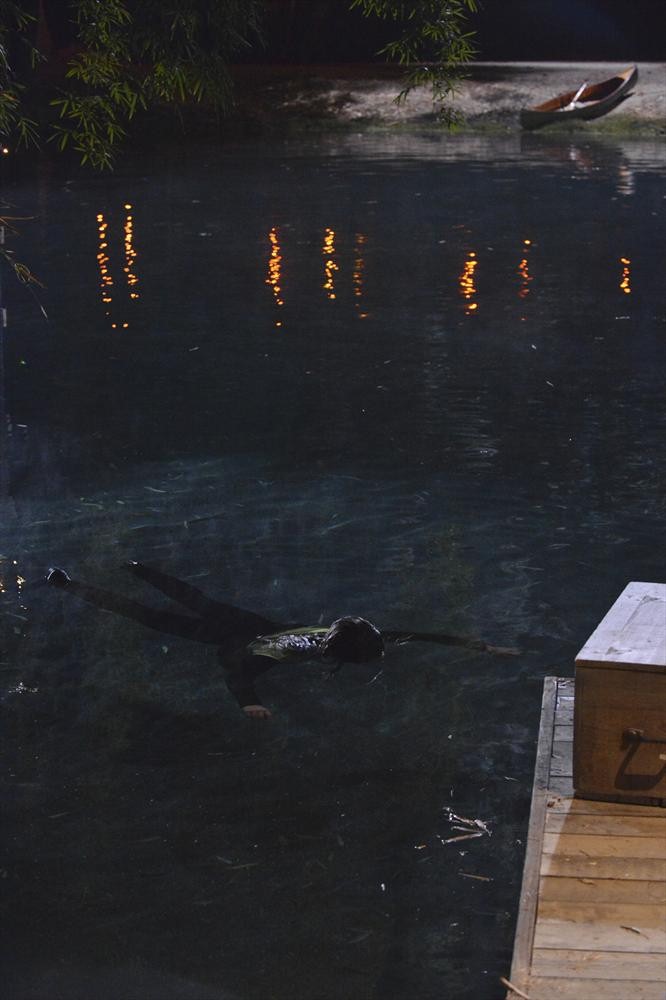 Before Emily’s surprise party, Spencer (Troian Bellisario) and Aria (Lucy Hale) overhear Shana and Jenna talking. Based on what they’re saying, the girls assume that either Jenna knows Alison is alive or knows who killed her.

When Emily gets to her house, she’s ready to confront Paige about Dominic, not for the surprise party that ensues.

Emily isn’t the only one being a party pooper. Jake shows up with another girl at the party and Aria isn’t too happy. Don’t worry, he ends up meeting Aria at her house later that night, and the two decide to be more than friends. They seal the deal with a steamy kiss.

Ashley is released from jail. Turns out, Ted is the one who posted the one hundred thousand necessary. He really likes Ashley and paying her bail money was a good way to get her attention.

Emily finally gets a moment to talk with Paige at the party. Paige is worried about what will happen with their relationship if she goes to Stanford and Emily doesn’t, but Emily is ready to face facts. She and Paige won’t be together next year.

After Emily’s talk with Paige, she searches for Spencer and finds a body floating upside down in the lake. She pulls the girl out. It’s Jenna. Emily discovers there’s blood on the back of Jenna’s head pointing to foul play. She’s just barely alive and is whisked off to the hospital.

Emily thinks someone hurt Jenna because they want to make sure the girls don’t find out what Jenna knows about Alison.

Mona checks into Radley. She runs her hand across a desk that says, “Will the circle be unbroken?”

Someone in a black hoodie sits down at a piano and plays the song “Any Time.” They put the sheets of music inside an envelope with Toby’s name on the front.