The Emmys isn’t looking to be just another awards show. This year, it is adding a dance number for Neil Patrick Harris and the choreography nominees. 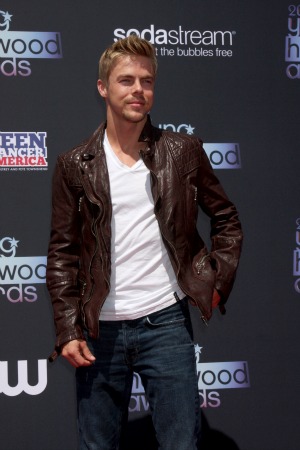 On Sept. 22, expect to see a little song and dance from Emmys host Neil Patrick Harris. For the first time in the history of the awards show, the Emmy-nominated choreographers will be creating a number together for the How I Met Your Mother star.

Executive producer for the Emmys, Ken Ehrlich, told The Hollywood Reporter, “This came about because we wanted to look for another way to involve our host, our friend Mr. Harris.”

Ehrlich believes Harris is “one of America’s greatest new song and dance men,” so using nominees such as Derek Hough, Sonya Tayeh, Allison Holker, Mandy Jo Moore, Napoleon and Tabitha D’umo, Travis Wall and Warren Carlyle is a great way to incorporate their creativity with the host’s many talents. A majority of the nominees are from So You Think You Can Dance and Dancing With the Stars.

The innovative idea was also shared with the choreographers in a unique way. The TV Academy held a reception in their honor and had the CBS star break the news to them.

The producer said, “Once they were there we sprung it on them. Neil came and announced to them, ‘Yes, of course, we want to celebrate their nominations, but basically we wanted them to choreograph a number collectively that would be one on the show.'”

The nominees are meeting this week to start plotting the number, including whether they will be dancing or if they will hire some of their favorite dancers to perform in the piece. There is a budget that’s also going to dictate how the piece will be executed.

Ehrlich also revealed the audience should expect to see the number “in the body of the show.”

He continued, “It’s definitely going to be an original number, something that hasn’t been done before. It’s going to utilize the talents of all of them to put this number together as choreographers.”

The Academy is clearly thinking outside the box on this show because it is also going to film a documentary about the creation of the nominees’ number. Portions will be shown during the Primetime Emmys broadcast.

Ehrlich said, “It’s obviously a very innovative thing to do.”