The Muppets are on the run. In Muppets Most Wanted, they’ve become public enemy number one. Yet, they still find time to sing, dance and make us laugh. 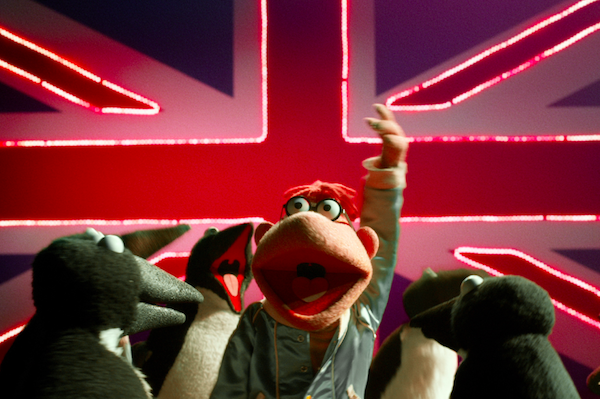 The Muppets are back! Next spring, Kermit the Frog, Miss Piggy and the rest of the gang are returning to theaters. Following the success of 2011’s The Muppets, Disney is releasing its highly-anticipated sequel. It’s out with the old, and in with the new.

Is Jason Segel ending his friendship with The Muppets? >>

This time around, Jason Segel, Amy Adams and Chris Cooper aren’t the human stars of the show. Instead, Tina Fey, Ricky Gervais and Ty Burrell are leading the charge. The teaser trailer doesn’t tell us much, but we do notice that Walter’s back. If you remember, he was the new puppet that joined the troupe in the last film.

As for the details, the official synopsis fills us in on their latest adventure. After a resurgence, The Muppets have been traveling the world. They’re tackling Europe’s hottest destinations such as Berlin, Madrid and London. But they unknowingly find themselves in the middle of a caper.

Muppets Most Wanted will center on a case of mistaken identity. Kermit shares a face with the world’s number one criminal, who has a dastardly sidekick Dominic, aka Number Two, portrayed by Gervais. Fey is thrown in the mix as Nadya, a feisty prison guard alongside Interpol agent Jean Pierre Napoleon (Burrell).

Check out the first trailer for Muppets Most Wanted:

What do you think of the trailer? Will you be seeing the sequel?