Dustin Hoffman has been going through a very personal struggle, and announced to the world he has been treated for cancer. 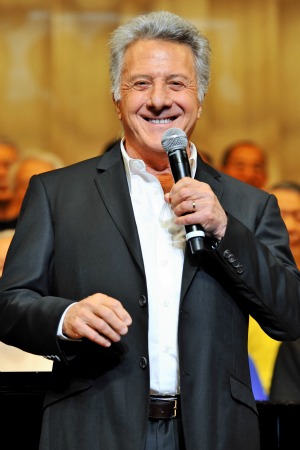 Dustin Hoffman may be one of the most iconic actors of the last half-century, and it looks like he has been going through a personal struggle without the world knowing. Hoffman’s rep, Jodi Gottlieb, told People that Hoffman was recently treated for cancer.

“It was detected early and he has been surgically cured,” she said. “Dustin is feeling great and is in good health.”

The 75-year-old isn’t exactly a spring chicken, but he is young at heart, active and still working. From this point forward, he will be undergoing preventive treatments to minimize any chance the cancer could come back. These types of preventive measures are common after undergoing a cancer surgery, according to USA Today.

Hoffman’s people aren’t releasing any more information about his cancer, or the treatments he underwent, but it obviously didn’t slow him down.

According to People, Hoffman has spent the last year promoting his directorial debut, Quartet. The actor recently told Good Morning America why he decided to begin directing at the late age of 75.

“I would develop stuff like every other actor,” Hoffman said. “The most important part of it is when you’re in your 30s and 40s and 50s, you think you’ve got all the time in the world. Suddenly, you’re 75 and you say, you gotta do it, or get off the pot.”

Hoffman is also a part of numerous other projects, including Chef, a film by Jon Favreau, about a chef who decides to start a food truck. Hoffman stars in the film alongside stars Scarlett Johansson, Robert Downey, Jr. and Sofia Vergara.

He also will star alongside Judi Dench in Esio Trot, and will begin filming Boys Choir and Kung Fu Panda 3 soon.