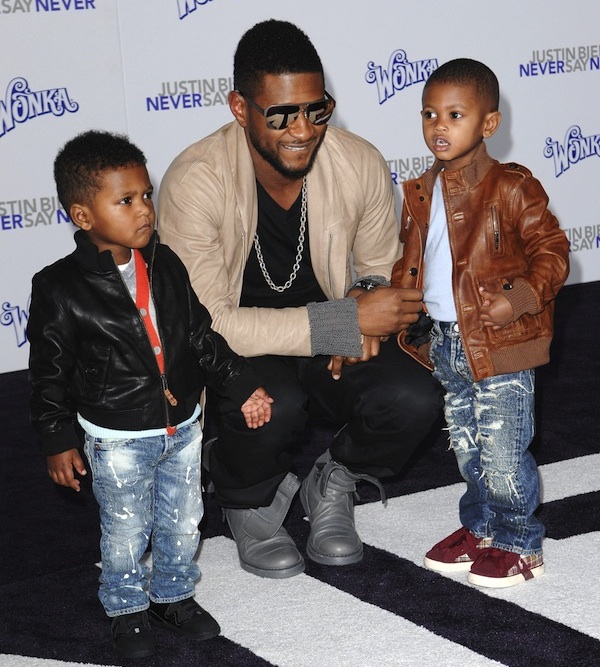 Now Foster is blaming Usher for the near-death experience and just demanded an Atlanta court immediately award her sole custody.

10 ways to avoid drowning: The #1 cause of accidental death >>

Usher maintains sole custody of the couple’s two sons, Usher Raymond V, 6-years-old, and Naviyd Ely Raymond, 5-years-old and was not at home at the time of incident.

Local news station Fox 5 explains that, just before 3:00 p.m. EST, Usher Raymond V’s arm became stuck in the pool’s drain. The first-grader’s aunt, Rena Oden, and a housekeeper were both supervising and attempted to rescue the boy but were unsuccessful.

According to multiple news reports, Oden frantically called 9-1-1 while the housekeeper screamed for help. She caught the attention of two construction workers installing audio-visual equipment on the property: Eugene Stachurski and Benjamin Crews.

The hidden dangers of dry drowning >>

Stachurski and Crews dove into Usher’s pool and freed Usher Raymond V from the drain. NBC reports Stachurski administered CPR and was able to revive the boy after he coughed up “a lot of water.”

Usher Raymond is awake and breathing but is still at Children’s Healthcare of Atlanta at Scottish Rite.

Tameka has three other children from two prior relationships. Her son, Kile Glover, whose father is Atlanta designer Ryan Glover, was killed in July 2012 after he was hit by a jet-ski while inner-tubing on Lake Lanier in Atlanta. Kile was just 11-years-old at the time of death.

In perhaps a poorly-timed decision, Tameka Foster just filed for sole custody of Usher Raymond V and Naviyd under the claim that Usher is putting their children in danger.

Foster is rumored to have a major issue with Oden and apparently has repeatedly testified in court that Oden physically disciplines their sons to a harmful degree and is a negligent caretaker. A judge ruled — in a rare decision against the mother — that Usher would take full custody. “I’ve had to temper my life to be there for my children,” said Usher to Oprah in September 2012.