Supernatural casts Tahmoh Penikett as the angel Ezekiel, and Castiel discovers the troubles of being a human. 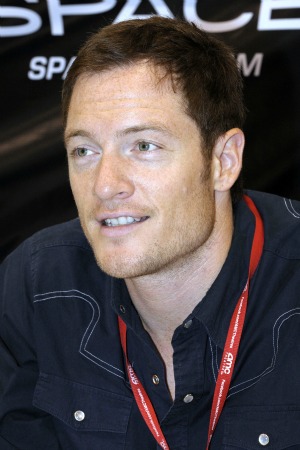 Now that Supernatural Season 9 has begun filming, spoilers and bits of news are coming out at a rapid rate.

First up, the latest bit of casting news is sure to have a great many fans excited. Actor Tahmoh Penikett (aka The Absolutely Dreamy Actor Tahmoh Penikett) has been cast as the angel Ezekiel. For any fans who don’t recognize the name, Penikett has appeared in other sci-fi/fantasy shows such as Dollhouse and Battlestar Galactica.

Executive producer Jeremy Carver told TVLine that Ezekiel is “a dignified warrior-angel injured in the Fall” that happened at the very end of the Season 8 finale.

Ezekiel will make his first appearance in the Season 9 premiere, which will air on its new night, Tuesday, Oct. 8 at 9/8c.

Carver talked to TVLine at Comic-Con last month and said that “a world full of fallen angels is pretty much a free-for-all.”

“We’re going to see it’s not one unified body,” he added. “We’ve got lots of angels out there with lots of different agendas. Many are feelings lost and vengeful. A world of fallen angels is a dirty, bloody, scary and, in some ways, a very human world.”

Does this mean that Ezekiel could be a friend or foe to Castiel (Misha Collins) and the Winchesters? Will he be out for revenge after being cast out of his home? Fans will just have to wait and see.

In other recent news, SpoilerTV released a photo of Misha Collins as Castiel walking in front of what appears to be a laundry facility. During Comic-Con, Misha Collins spoke about how his angel alter-ego will be dealing with becoming a human. It looks like that includes learning how to get his clothes cleaned.

What do you think about the latest casting news and spoilers from Supernatural Season 9?