A decade ago, Fox unleashed a teen phenomenon called The O.C. It was a massive hit that introduced some hot new stars. Unfortunately, it wasn’t always smooth sailing on set. 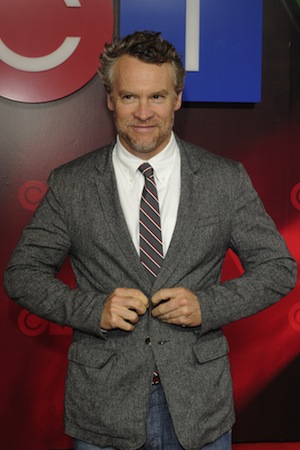 If anyone’s planning a reunion for The O.C., it might get a little awkward. This week, pop culture fanatics celebrated a major milestone. The teen drama premiered 10 years ago on Fox and introduced us to Ryan, Marissa, Seth and Summer. It made the cast overnight sensations, and the fame may have gone to their heads.

It’s a tale as old as time. Young actors who get their big breaks on TV naturally want to spread their wings. Now that your face is on magazines and billboards, you have to capitalize on your success. Unfortunately, it’s not that easy. There are things called contracts and when you’re doing a series, they can be restrictive.

Tate Donovan, who played one of the parents on The O.C., saw the resentment first-hand. He himself wasn’t given much to do, so he opted to learn the art of directing. At that point, his co-stars, which included a young Benjamin McKenzie, Mischa Barton, Adam Brody and Rachel Bilson, were getting antsy.

“By the time I started to direct, the kids on the show had developed a really bad attitude,” Donovan tells Vulture. “They just didn’t want to be doing the show anymore. It was pretty tough; they were very tough to work with.”

To be clear, Donovan explains that those in his age group remained focused. “The adults were all fantastic, total pros. But you know how it is with young actors — and I know because I was one of them once. When you achieve a certain amount of success, you want to be doing something else,” he said.

“I mean, one of them turned to me and said, ‘This show is ruining my film career,’ and he had never done a film before. You just can’t help but sort of think that your life and your career are going to go straight up, up, up. So they were very difficult.”

Are you shocked by their past behavior?