AMC releases four new teaser videos for the final season of Breaking Bad. Are there any clues in the videos about how the story will end for Walt and company? 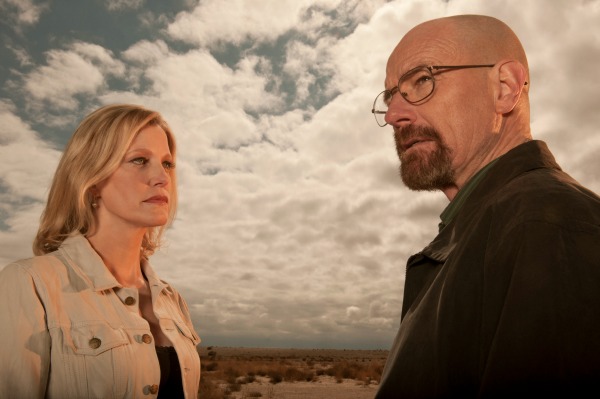 Breaking Bad begins its final season on Sunday, Aug. 11 and fans are clamoring for any information they can get about what will happen to their favorite characters.

So far, there have been few hints about what could happen in the final season. During a webcast, the cast and creators talked about their favorite moments making the show. They also gave info that could be considered a spoiler about Walt’s future.

Are you behind on episodes of Breaking Bad? Catch up with the series GIF style >>

AMC has now released four new teaser videos — just to make sure fans are good and ready for the final season to premiere.

The first video, “Say My Name,” shows the journey Walt has been on to get where he is now, as well as a tease where that journey could take him when the series ends.

The third video, “Jesse Hits the Floor,” shows Jesse under a glass coffee table. His eyes almost look dead but on closer inspection you can see his gaze follow a cockroach as it runs across the table.

www.youtube.com/embed/_XHPcEBymIw?rel=0
The final video, “Walt Takes a Look,” shows what appears to be a very freaked-out Walt in his bathrobe. There’s no indication as to what’s causing his panic, but chances are it’s anything but good.

www.youtube.com/embed/fp0pYm4zZw0?rel=0
It’s kind of amazing how four short videos (most were barely more than 10 seconds long) can tease so much and yet give so little actual information about the episodes to come.

What clues did you see in the four new teaser videos for the final season of Breaking Bad?