Chris Brown took to Twitter this morning and declared that he was “probably” quitting music after his new album comes out. So is he serious? Or is this another case of the boy who cried wolf? 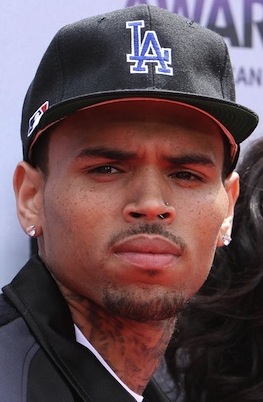 Poor Chris Brown. He’s had a really tough week — and it’s only Tuesday.

Yesterday, he snuck by the paparazzi and turned himself in to a Van Nuys, California jail on charges stemming from a May hit-and-run accident.

After pleading not guilty, Breezy left the jail 45 minutes later.

And today, it seems to all have gotten to him.

On Twitter this morning, Brown seemed pretty sure that the music business could carry on without him.

So does that mean that on Aug. 21, Chris will be moving to Boca Raton and wearing pastel tracksuits while playing mah-jongg?

Probably not. Many people in the music industry have a history of “retiring” only to release an album three years later. In fact, this year we’ve had a whole slew of artists who packed it all in years ago only to reemerge with new music.

Remember, in 2003 Jay-Z said that The Black Album would be his last. Needless to say, it wasn’t.

So what could push Brown to the brink of retirement? It seems as if the spotlight is getting him down. In a previous Tweet, Brown explains:

https://twitter.com/chrisbrown/statuses/364741189766889472
Well, here’s what we say: You don’t get to pick and choose what you want to be famous for. When you’re in the public eye, everything is fair game. We get to hear your great music, be amazed by your stellar dancing and be shocked when we see the horrific pictures of a beaten Rihanna.

All of those things can and will shape you as a celebrity. That’s just the way celebrity is. It’s what you signed up for.

As for giving up music, we wish him well. But we have a feeling we haven’t heard the last of Chris Brown.