The royal family of rock is expanding and Ozzy Osbourne will be a granddad once more! Jack Osbourne and his wife are expecting a second baby! 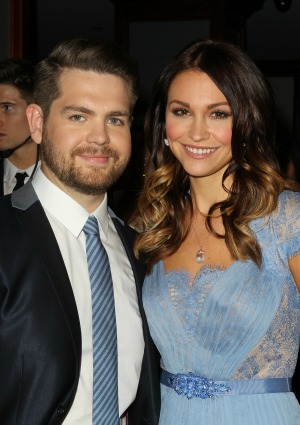 To some, four may be a crowd, but to Jack Osbourne it’s his new reality. His wife Lisa Stelly just announced she’s pregnant!

Stelly revealed the news in a post on her blog earlier today.

“Jack and I are super excited to share with you all that we are expecting our second baby!” she wrote. “I am in my second trimester, feeling great & trying not to eat everything in sight. We feel so blessed that our family is growing & Pearl will have a little brother or sister to play with. It’s crazy to think that we will soon be a family of four!”

Jack, son of metal king and self-proclaimed Prince of Darkness Ozzy Osbourne, is already father to Pearl, born in April 2012. A few months later, in October 2012, he and Stelly wed in a romantic Hawaiian ceremony.

He gushed about fatherhood to Hello! magazine shortly after Pearl’s birth, saying, “People say when you have a kid it’s like instant love, but unless you’ve experienced it, it’s impossible to comprehend. The moment I saw her I felt more love than I’d ever felt for anything. It was the weirdest, most overwhelming thing.”

Of course, he wasn’t immediately impressed with the news he’d be a father soon — he and Stelly had only been dating a few months when she found out she was pregnant with Pearl.

“I think I responded with ‘That’s interesting,'” he told the mag. “What do you say? If we’d been trying for two years, of course you’d be like ‘Awesome!’ But we met in May and found out in August. I told Lisa, ‘You need to give me a week to really take this in.’ I had that time to get my head around the whole situation.'”

This time it’s a whole new ball game. Congrats to the happy family!