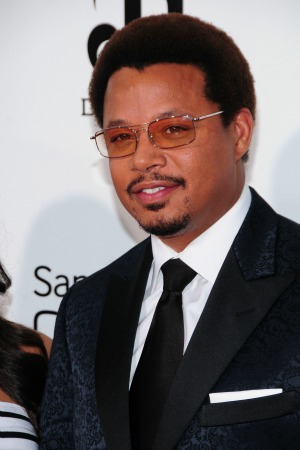 Actor Terrence Howard and his wife Michelle Ghent went through a nasty divorce earlier this year and now his ex is accusing him of abuse… again. In December of 2011, Ghent was granted a temporary restraining order against Howard after alleging that he battered her throughout their two-year marriage.

Howard has always maintained that he never touched his wife, but there was some evidence of his propensity for violent outbursts. In 2009, The Smoking Gun reported that Howard had been arrested in 2001 for assaulting his then-estranged wife. Radar Online reported that the actor had also left a very threatening message on someone’s voice mail. He later apologized for the incident, but it’s hard to forget the fact that he said things like, “I’m going to kill you.”

ABC News now reports that Ghent has accused Howard of physically abusing her during a trip to Costa Rica.

Howard responded to the allegations while speaking to Entertainment Tonight on Monday at the NYC premiere of his new film The Butler.

“Unfortunately I’ve tried to help people and it’s not necessarily in the same enlightened path, of trying to help themselves,” Howard said. “We’re divorced now, and [she] should stay that way. And I just wish the best for her. But as far as me harming somebody, I really can’t harm a fly. It’s completely against my spirit. But I’m so heartbroken, that you can see that doing it on a night like this is only for an attempt to try and hurt me.”

The actor said that evidence will soon come to light that will prove his innocence. “[The allegations are] completely wrong, unfortunately. There are some documents that will come out and will tell everything that has occurred. But I never laid my hands on that woman, or any woman, that’s just not my way,” Howard revealed.

Sarah Jessica Parker: I don’t respond to gossip
Emma Watson was advised to quit acting
Kate Bosworth’s fiancé knew they were destined to be