Al Roker is having a case of the Tuesdays: The iconic weatherman overslept and missed work on his early morning Weather Channel show… the first time he’s done that in 39 years! 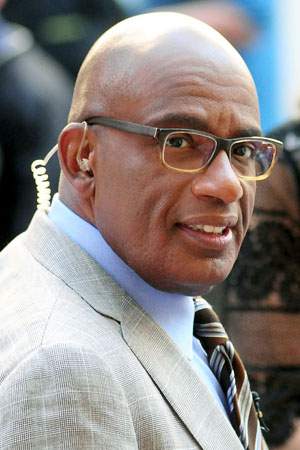 Al Roker is known for making history during inopportune times — remember his bathroom incident at the White House? He made another one this morning: The iconic weatherman slept through his alarms this morning and missed his early morning Weather Channel show, Waking Up With Al.

Is a “vengeful” Al Roker out to destroy Today? >>

Yikes! We’ve pretty impressed that it took him that long to oversleep, though — getting up that early cannot be easy. We’d probably oversleep at least once a week.

The situation likely put his Weather Channel crew in a tight spot, but he made it to the Today set in time for his other job. “Morning, Sleepyhead. Overslept and missed #wuwa Here on time for TODAY,” Roker added.

He also joked about his mishap in an early morning Vine.

His Today co-anchors, Savannah Guthrie and Matt Lauer, couldn’t help but give their jovial pal a hard time about the mishap, calling it “Almageddon.” Lauer even got “Rip van Roker” trending on Twitter, leading some fans to assume the weatherman died.

So, what happened? Roker said his alarm just didn’t wake him up. That’s right, he just uses one alarm.

“Well, just you know… my phone didn’t go off and somebody said, ‘What’s your backup?’ and I said, ‘For 39 years I didn’t need one,” he explained.

Pro tip, Al: Set five alarms, all with different tones. You’ll be up in no time… believe us!