Is it January yet? If you’ve been skipping The Bachelorette because it just couldn’t compete with The Bachelor (a shirtless Sean Lowe and a freaky Tierra), then you may be wondering who Juan Pablo Galavis is. Allow us to introduce you to Monday night’s upcoming Bachelor with the super fun-to-say name. 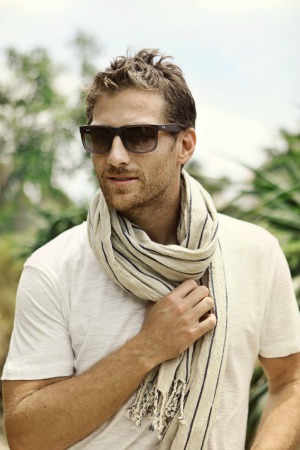 This born in the USA, raised in Venezuela athlete played soccer for Christian school Roberts Wesleyan College in New York. Juan Pablo Galavis then went on to play three years of professional soccer in Venezuela.

As an occupation, he lists “former pro-soccer player” and when ABC asked where he sees himself in five years, he answered, “One of the most respected agents in sports and music.” (Does that make Galavis “between opportunities?”)

Galavis just turned 32 earlier this month. He’s 5’11”, has one tattoo and is a single dad. While Galavis appears to be the epitome of physical perfection, he doesn’t like to read. His fan base from The Bachelorette didn’t seem to notice or care about his lack of literary interest.

When asked what his ideal mate looked like, the soon-to-be bachelor answered, “Fit body, good size breasts, nice smile.” Our knee-jerk reaction may be to dismiss this as a somewhat cliché male response, but Galavis redeemed himself in his answer for what he’s looking for in his perfect mate’s personality. He lists, “Easygoing, fun, not worried about fancy brands, outgoing that gets along with people from different cultures, that doesn’t get upset with jokes.” All eligible bachelorettes should be impressed that his personality answer was considerably longer than his physical attributes list.

And now, the moment you’ve been waiting for…

All soon-to-be superstars have a few YouTube clips in their closet that kept them busy until they were discovered. Here are the commercials we’re guessing Galavis wishes would go away now that he is going to become the object of every American woman’s desires. (Note: They’re not that bad. Galavis is, after all, half naked in most of these commercials. Should we be the first to start the soon-to-be-overdone trend of using Spanish words like “caliente” to describe Galavis? Click on “play all” and enjoy.)

Get all the latest Bachelor dish: Subscribe to our newsletter >>

20 hrs ago
by Araceli Cruz