Emma Watson says that after the Harry Potter franchise she almost quit acting after being advised by her university professor to do so. 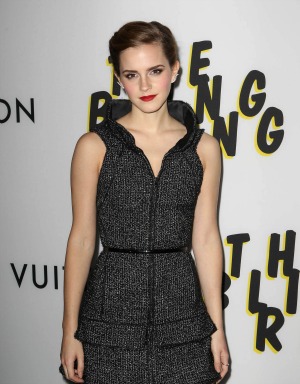 One of the most talented young actresses in the business, Emma Watson — who is best known for her role as Hermione Granger in the Harry Potter franchise, when she was just age 9 — recently admitted that she almost gave up acting!

Watson had previously said in an interview with the April issue of Elle Spain, about the end of the Harry Potter franchise: “I was terrified, but happy and excited at the same time, it was a sweet moment and at the same time, something bitter.”

“Filming had become my routine, I missed knowing exactly what I had to do and where. I was very comfortable. However, it’s nice to do other things and have more control over my life”

The 23-year-old recently revealed that the advice of one of her professors almost ended her acting career.

Watson spoke to Entertainment Weekly magazine, saying, ”For a while I kind of bought into the hype of, ‘Will they ever be able to play anything else?’ It gave me a sense of paralysis and stage fright for a while. And then a professor told me that they didn’t think I should act, either.”

”So I was really grappling with it and wasn’t feeling good about it. And then, I don’t know … it got so bad and people had put me in a box so much that it started p***ing me off.”

“I suddenly wanted to prove them wrong. It gave me fuel, in a way. I’m not sure why that shift happened.”

The beauty has most certainly proven them wrong, having shed her little girl image and challenged herself in her 2012 movie The Perks of Being a Wallflower, which she credits for helping her to get back into the film industry.

The Huffington Post reports that Watson felt she “got the bug” for acting, allowing herself to be seen in a new light from her Harry Potter days. The release of The Perks of Being a Wallflower certainly alerted the world that this young actress was not going to disappear and she was not only talented, but dedicated to producing great films.

Watson says her return to acting had not been what she had planned, but we are very glad that her professor did not manage to destroy her acting career!

It just reinforces the idea that critics shouldn’t bring you down, right?