“I am an avid hunter and marksman and I will not hesitate to shoot,” says Kid Rock, who has been upset since seeing security footage of a man trying to break into his property. 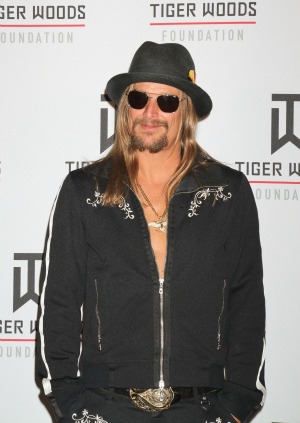 Kid Rock, whose real name is Robert James Ritchie, recently launched a public appeal for the man who attempted to burgle his home.

The furious musician posted surveillance images of the intruder and offered a $5,000 reward for any information on the man who was trying to enter to his property in Clarkston, Michigan.

What is even worse is that the man who tried to break into Kid Rock’s home happened to be on crutches. Very ambitious of him, don’t you think?

Well, it is all over now, because the intruder has been arrested following two tips to the local sheriff.

According to Sheriff Michael McCabe, the man was arrested at his home in Oakland County’s Independence Township, north of Detroit. The police found the man and arrested him on Saturday, according to a report via the New York Daily News.

The car that had been used to pry open the gate was a 1994 Ford Club Wagon van, which the suspect rammed into the gate of Rock’s lakefront home around 3:30 p.m. on Wednesday. The van has since been recovered and impounded.

We bet the star is glad his intruder got what was coming to him! After the attempted break-in the musician was furious and posted a message on his blog to warn off future intruders.

The post was titled “Don’t mess with a M**********r Like Me.” Rock wrote: ”Thank God I was not on the property at the time of this attempted break in. I am an avid hunter and marksman and I will not hesitate to shoot anyone who has myself or family in fear for our lives.”

”I take the invasion of my personal space very seriously regardless of who you are and YES, I do profile people (sic).”