Mumford & Sons decided to try something different for their newest video, and recruited Ed Helms, Jason Sudeikis, Jason Bateman and Will Forte to help. 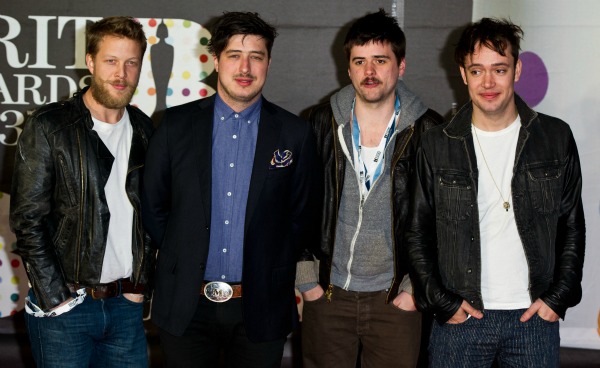 It appears some of the biggest actors in Hollywood are almost indistinguishable from a bunch of hipster musicians. That is what Mumford & Sons are apparently trying to say by hiring some friends to take their places in their new video, “The Hopeless Wanderer.”

The video starts with four men in a field playing the song in front of a sunny background. As they come into focus, it becomes apparent it’s not the band at all, but some famous faces.

Mumford & Sons recruited Jason Sudeikis, Ed Helms, Jason Bateman and Will Forte for the video, and it becomes obvious quickly that the band is okay with poking some fun at themselves. What began as a very serious video looking like it could be from any of a handful of indie bands out there turns into an over-dramatized performance by the four comedians.

The actors do a good job at pretending to play their instruments, an upright bass, a banjo, a guitar and a piano, and could easily be believed as an indie band. There are some tears shed as the fake musicians — complete with the facial hair of each musician they are parodying — become emotional while playing.

The four comedians are all currently doing different things: Sudeikis just quit Saturday Night Live, Helms wrapped up The Office back in May, Jason Bateman just ended another season of Arrested Development and Forte is currently working on no less than six projects. It’s not hard to believe they are all friends in real life, and were willing to help out Marcus Mumford and company for their new project.

Phew! Mumford & Sons bassist gets the “all clear” >>

Mumford & Sons are also staying busy as ever. They are launching a North American arena tour on Aug. 23, which is already nearly sold out. “The Hopeless Wanderer” is off their latest album Babel.

The band is in good company with the four comedians, and have obviously learned to make full use of their senses of humor.

Watch the video for “The Hopeless Wanderer” below.