Paris Hilton’s home was targeted by thieves again over the weekend. Luckily, they didn’t get very far with the loot. 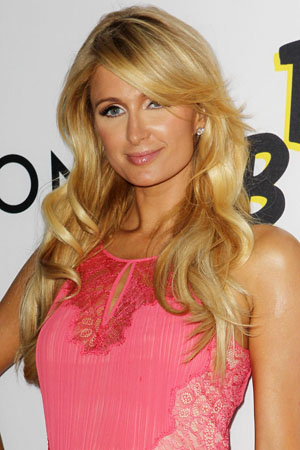 Paris Hilton needs to beef up security at her Malibu home, pronto. The socialite’s home was robbed for the seventh time over the weekend.

“I have bad luck when it comes to thieves,” she tweeted on Aug. 4. “They tried to steal my new collection of Paris Hilton purses from my Malibu house.”

The thieves — girls, according to TMZ — dropped the property in the street after witnesses spotted them. Hilton’s security detail picked up the property and returned it to her house.

The former reality star might have lucked out this time, but she has been a real victim of crime. The Calabasas, California teens known as The Bling Ring targeted Hilton during their reign of robberies in 2008 and 2009, stealing an estimated $2 million in jewelry, among other things.

Hilton starred in the Sofia Coppola film version of the crimes — she even allowed cameras to re-create the events in her home.

“I wanted to help the filmmakers get across just how serious this crime is and how frightening and hurtful it is for the victims,” she told The Hollywood Reporter of why she opted to let the cameras in.

“I think it’s absolutely disgusting what they did, when I was watching the movie I was just so horrified and disgusted by what they did to me,” she added to Piers Morgan. “It was just so wrong, so it just was very upsetting.”

Unfortunately, her role in the film might have inspired the new generation of copycats. It doesn’t sound like she’s too worried about it right now, given that she’s living it up in Ibiza, Spain right now.

“Had an adventurous day racing in a ferrari and driving a really fast speed boat thru the waters of Ibiza. I love this island!” she tweeted on Monday.