When Emma Watson finished filming the last Harry Potter film, she had imagined leaving Hollywood and never looking back. When she decided to return, she wanted it to be on her own terms. 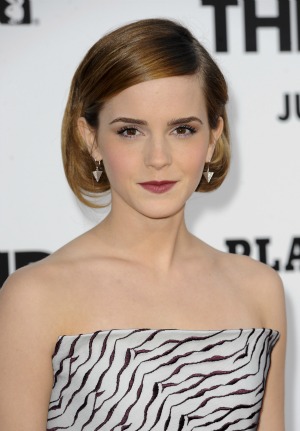 At age 11, Emma Watson become an international icon as Hermione Granger in Harry Potter, a part she played for the next 10 years.

The loss of her teen years had Watson always wishing for a normal life, and she did what she could to accomplish that after Harry Potter. The actress enrolled in Brown University in 2009 and disappeared for a few years.

Emma Watson: I only own eight pairs of shoes >>

But the 23-year-old couldn’t escape for long without wanting to be back in that world she worked so hard to escape. When she read the script for The Perks of Being a Wallflower she remembered why she began acting in the first place, and decided to return to Hollywood.

“I think my agent was pretty surprised,” Watson told Entertainment Weekly in their new issue. “I was really unsure, but then I read the script for The Perks of Being a Wallflower, and falling in love with that and then having such a great experience on that movie kind of sealed the deal for me. I stopped intellectualizing it, and it became much more instinctual. I just got the bug and got very driven all of a sudden, which I really wasn’t before. But I’m so happy. It’s all felt very new to me, really.”

Watson said one of the reasons she decided to leave the industry in the first place was the pressure that any of the Harry Potter kids could have careers without the sorcerer.

“For a while I kind of bought into the hype of, ‘Will they ever be able to play anything else?’ It gave me a sense of paralysis and stage fright for a while,” Watson explained. “It got so bad and people had put me in a box so much that it started pissing me off. I suddenly wanted to prove them wrong. It gave me fuel, in a way. I’m not sure why that shift happened.”

But Watson realized she was an adult, and the decision to be an actor was now hers, and hers alone.

Watson stars in This Is The End and The Bling Ring, both out now. She was also rumored to be in the Fifth Shades of Grey adaptation, but has already dismissed those rumors. Her entire Entertainment Weekly interview will be on newsstands Friday, Aug. 9.