A week after more states legalized gay marriage, another actor has come out. Except for Ben Whishaw, it turns out he is already married. 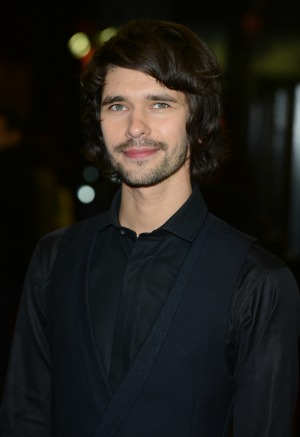 Ben Whishaw, the actor who played Q in Skyfall, has officially come out after years of speculation. Although the news is not much of a surprise to anyone, Whishaw has also announced he has been married for a year, to Australian composer Mark Bradshaw.

“Ben has never hidden his sexuality, but like many actors, he prefers not to discuss his family or life outside of his work,” Whishaw’s spokesman told the Daily Mail. “Due to speculation, I can confirm that Ben and Mark entered into a civil partnership in August 2012. They were proud to do so and are very happy.”

This isn’t the first time Whishaw has been questioned about his sexuality. In an interview with Out magazine in March 2011, the actor spoke about his private life (sort of).

“[A]s an actor you have total rights to privacy and mystery, whatever your sexuality, whatever you do,” he said at the time. “I don’t see why that has to be something you discuss openly because you do something in the public eye. I have no understanding of why we turn actors into celebrities. It’s difficult talking about it. That’s why I didn’t want to go there, but at the same time I know this is a gay magazine and that means there’s a conflict there.”

Whishaw has also said that discussing his life could affect who he is as an actor.

“For me, it’s important to keep a level of anonymity,” he told the Daily Mail. “As an actor, your job is to persuade people that you’re someone else. So if you’re constantly telling people about yourself, I think you’re shooting yourself in the foot.”

With the Supreme Court’s recent decision on DOMA, and many states legalizing gay marriage, Whishaw is just one of the many celebrities who have been opening up about their private lives.

Whishaw and Bradshaw reportedly met back in 2009, when they were both working on Bright Star. Whishaw portrayed John Keats in the film, and Bradshaw composed the score (the 32-year-old actor also played a gay composer in 2012’s Cloud Atlas).

He will be reprising his Skyfall character in Bond 24, which will begin filming soon.