Ryan Seacrest just isn’t busy enough. On Monday, NBC announced that the host will helm a two-week event game show for their network. 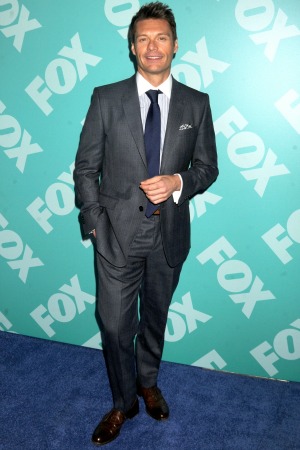 Hollywood’s busiest man just got even busier. Ryan Seacrest has added one more job to his portfolio: game-show host.

On Monday, it was announced by NBC that the American Idol host would helm a two-week game show in September called Million Second Quiz. The contestants will housed at Rockefeller Plaza in New York City in an hourglass-shaped, three-story structure while playing the game. True to its gimmick, the quiz show will last a million seconds.

It will be a one-hour show airing Sept. 9–19 with viewers able to play along at home. The contestants are playing for a $10 million prize.

The deal had been in the works for a long time, but NBC was finally able to nail Seacrest down and get it in his calendar.

The 38-year-old host said in a statement today, “I’m so excited to be hosting this new live game show on NBC, as it’s really a fun and different format that I believe will generate lots of fans across different platforms.”

While many fans know Seacrest from Fox’s AI, he’s also known to millions of viewers for Dick Clark’s New Year’s Rockin’ Eve and his syndicated radio show. However, his ties to NBC Universal have become more prominent over the last few years.

His producing deal with the network is evident on E! with Keeping Up with the Kardashians and on Bravo with Shahs of Sunset. He’s even made appearances on the Today Show for special features and events like the Olympics.

For game-show lovers who would like to try their hand at the new show, auditions are being held around the country in August in cities including Washington, D.C., Boston, Philadelphia and New York City.