Sally Struthers gets a court date to face the OUI charges she claims are false. 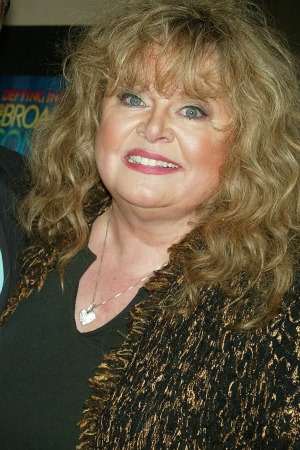 Former All in the Family star Sally Struthers will appear in court this September to face the drunk driving charges she received in September of 2012.

Struthers was charged with an OUI (operating under the influence) in Ogunquit, Maine last year and Us Weekly magazine reports that she has continued to maintain her innocence. At the time, the actress was released on just $160 bail and has since gone back to work.

Her reps at the time denied the charges and it looks like Struthers is ready for a court fight.

USA Today reports that the charges state that Struthers refused to submit to a “test at the request of the law enforcement officer” at the time of her arrest.

Through her attorney, Struthers has reportedly said that the charges were false and that she refused the test for good reason. “[Struthers] was induced to refuse to submit to a chemical test based on erroneous information provided by the law enforcement officer,” her attorney said.

Struthers’ attorney also said that the arresting officer did not have probable cause that his client was operating under the influence.

The Wanted’s Tom Parker is wanted by police >>

According to SeacoastOnline, Struthers’ case was originally scheduled for a bench trial in a York district court, but the actress requested a jury trial and the case was subsequently transferred to the superior court in January.

Struthers reportedly must be present for the trial. Jury selection for the trial will begin on Sept. 23 in York.

While some celebrities might have just let the court go to a bench trial to avoid the extra hassle and media attention of a trial, Struthers has chosen to fight instead. This would suggest that the charges truly are bogus and she’s unwilling to let the law get away with making false accusations. Then again, the charges could be completely correct and she hopes that by fighting them, she’ll make the arresting officer and opposing council back down.

Do you think that Struthers is innocent or guilty of the charges against her?