The CW has posted the director’s cut of The Originals pilot, which includes 10 minutes of previously unseen footage for some insight on what fans can expect from the show this fall. 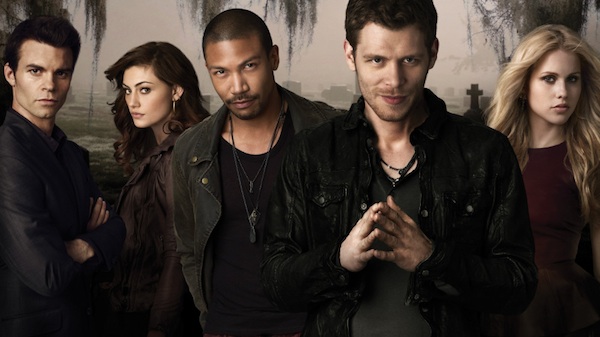 Can’t wait until The Originals airs this fall? We don’t blame you. Luckily, The CW knows we’re all anxiously awaiting word of The Vampire Diaries‘ spinoff show and has us covered. They’ve released the director’s cut of the pilot on their website, including 10 minutes of previously unaired footage.

The new scenes shed some more light on what the show will look like. Here are the top five spoilers we’ve gathered:

1. Marcel’s popularity will cause problems for Klaus

He’s used to barging in as the big and bad, but with Marcel as the head of New Orleans things won’t be so easy for Klaus (Joseph Morgan). As we learned in the last season of The Vampire Diaries, Klaus does things when he has motive. His reaction to Jane-Anne’s murder suggests Klaus doesn’t agree with Marcel’s ruthless killings. We wouldn’t be surprised if Klaus sides with the witches. Especially given Hayley’s… situation.

Is Joseph Morgan nervous about Vampire Diaries’ spin-off The Originals? >>

2. The show will work that New Orleans flavor

If you like some spice, you’ll love the show. Gypsies, parties and gumbo will frequent the story lines and the characters will be just as colorful. Along with embracing the life, The Originals will be embracing vampirism and living it up, according to executive producer Julie Plec during The CW’s presentation at the 2013 Summer TCA Press Tour.

3. Rebekah will be joining the series

Her short-lived summer fling with Matt will lead her to New Orleans with her brothers where another fling might rise to the surface. Turns out, the girl may have had a past with Klaus’ rival Marcel. Romance could be in the air again as the series progresses, Plec shared.

4. Things aren’t over between Klaus and Caroline

She may be paying him a visit in the Big Easy, but it doesn’t mean the relationship will be easy. Plus, Klaus has a new blond to contend with: Camille, a human bartender who doesn’t appear to have any knowledge of vampires and witches. She and Klaus have a moment at the end of the pilot episode, and we’re guessing there’ll be more.

The little bundle of joy will mean new mythology and, maybe, a new Klaus. With the original family gathering ’round to protect the vampire-werewolf-who-knows-what-else progeny, there’s a good chance Klaus won’t be repeatedly killing his siblings in the new series —  though we doubt the rivalry is anywhere near over. It’s part of their charm.

The CW also announced today that The Originals will premiere Oct. 3 at 9/8c, following the premiere of The Vampire Diaries.