While Neill Blomkamp’s futuristic space-thriller Elysium takes place in the year 2154, the director points out that “This isn’t science fiction. This is today. This is now.” So in the spirit of space exploration, we decided to imagine what the world might actually be like 140 years from now.

Biebs-inspired attire is all the rage

We may be making fun of Justin Bieber’s seemingly inexplicable fashion choices now — when did Hammer pants come back in style? — but maybe the kid is on to something. Could it be that those strange, neoprene-like parachute pants he’s sporting boast a composition particularly suited to the world’s future climate? Meh, maybe. More likely? The young generation of Beliebers will soon start reproducing and, in turn, dressing their baby bundles of joy in baby Biebs-wear. This will then be perpetuated by the next generation, and so on and so forth. Kind of like bell-bottoms or dresses with fringe. 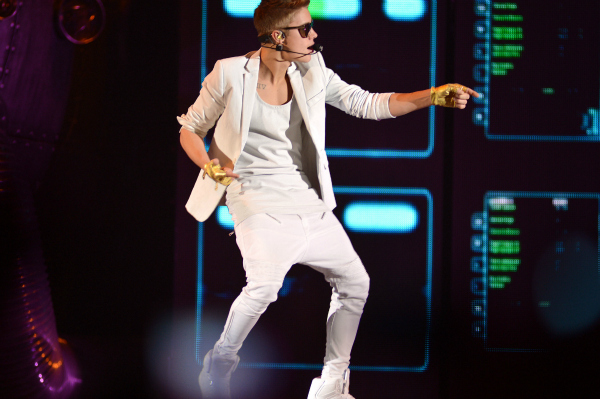 Everyone who’s anyone has Gaga headgear

Similarly, the world may very likely be like one big space-age Kentucky Derby where people are constantly dipping and bobbing to avoid one another’s huge hats. This will be thanks in part to harsh UV rays caused by a largely deteriorated ozone layer, and in part to Lady Gaga’s current proclivity for fantastical head fashion and a little phenomenon we like to call “The Regina George Effect.” 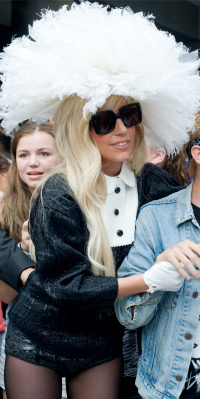 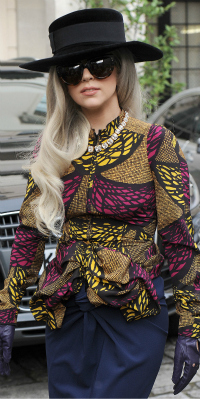 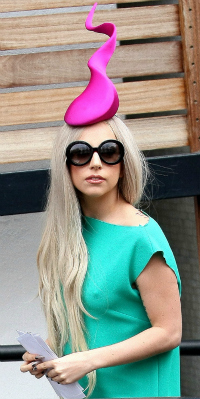 Remember that scene in Mean Girls when they’re trying to sabotage Regina George by cutting holes in her shirt where her boobs are, exposing her bra? Regina just shakes it off and goes about her business, but all the girls around her assume it was intentional and latch on to the idea until it becomes a trend. Well, just think of the saboteurs here as Gaga’s stylists. Sometimes the insane headgear they outfit her in is a total miss, but don’t tell her “little monsters” that. Those things may be futuristic now, but in 2154 they’ll be, like, totally mainstream.

The world may be run by a reality-TV star

While Jodie Foster proves to be the bad b**** in charge on Elysium, we think future Earth will have more utilitarian leaders. We’re thinking someone from the lineage of the new royal baby or, more likely, from lineage traced to one of Brad Pitt and Angelina Jolie’s 17 kids. (What? They’re totally going to have more.) Or… well, things could go horribly awry in the vein of Idiocracy. Did you see this movie? You should. Luke Wilson’s character, Joe, is an average guy in every way — except that he gets chosen for a military “suspended animation” experiment. When his cryo-chamber is unearthed 500 years later, he’s actually the smartest person alive and goes on to become a world leader. So basically, we could end up with someone like this at the helm: 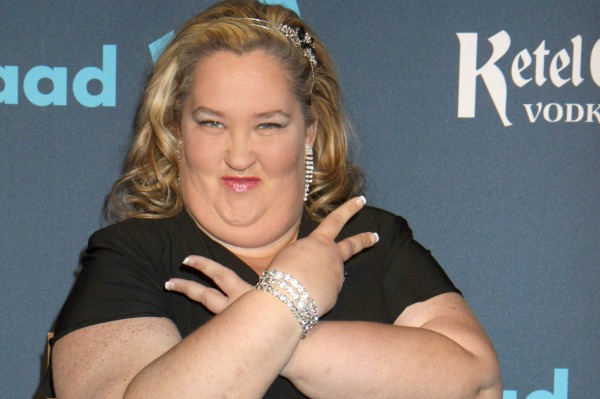 Everyone will live in Brad Pitt’s house… sort of

In Elysium, the wealthy elite live on a Stanford torus — a larger-than-life space station outfitted with medical machines that offer instant cures. Everyone else lives on Earth, which — if this gives you an indication of the slummy conditions — was filmed in a dump on the outskirts of Mexico City. Since that’s abysmally depressing, we’ll pretend that average people (i.e. us) also progressed and live in reasonably acceptable conditions. Since we’re pretty sure Brad Pitt and Angelina Jolie‘s descendants will be running the world by then, we think the middle class and the wealthy will live in modern, eco-friendly homes similar to the ones Brad Pitt designed for New Orleans after Hurricane Katrina (pictured below). The lower class might live in less flashy but equally eco-cool repurposed container crates. 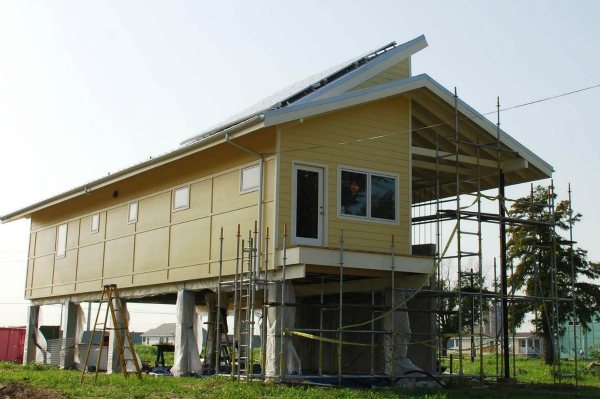