A Match.com poll found that online daters want to see a television star give out roses on the next season of The Bachelor. 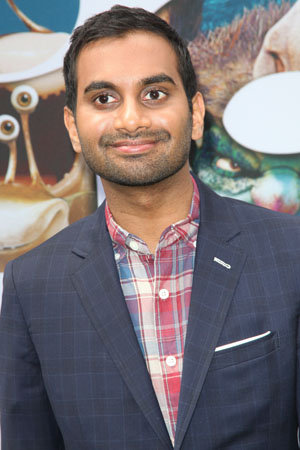 Tonight’s the night! Will Bachelorette star Desiree Hartsock find love with Chris or Drew, or will Brooks return with his tail between his legs?

We can’t wait to find out in part two of the finale, but our minds are already drifting to who will be named as the next Bachelor. Rumors are swirling that fan favorite Juan Pablo will be announced as the next star during the “After the Final Rose” show.

But do we really want Juan Pablo?

A new poll from Match.com found that singles would prefer to have a celebrity take on the role of lovelorn Bachelor. Specifically, they want Parks and Recreation star Aziz Ansari. The 30-year-old comedian swept the poll, earning 30 percent of the vote. We can support that: Ansari is hilarious and completely adorable. He’d have all the women falling for him left and right. Either way, it’s about time ABC brought some diversity to the hit reality show.

He’s not the only television star survey respondents want giving out final roses, though:

Lochte seems like the only guy on the list who would actually consider doing the show, though he recently revealed he’s turned down ABC producers in the past.

“They asked me if I would [do The Bachelor] or Dancing With The Stars,” he told E! News in July. “And I was like, ‘Why don’t I just have my own reality TV show, and just put it all in there myself?’ Do it my own way.”

His reality show didn’t exactly turn out to be a hit, so maybe he’s giving it a second thought. We’re totally fine with any of the guys on the list, though — especially Skarsgård.

Will Brooks return to The Bachelorette?

Back to The Bachelorette: Will Desiree actually find love after being dumped by Brooks, or will she go home alone? It’s all up in the air, according to host Chris Harrison.

“Part of the problem we have to solve in the finale is that we have two happy guys, Chris and Drew, who are head over heels in love with her and who have no idea that [Desiree] just had her world rocked,” he told reporters last week. “It may not be much of anything next week other than her talking and saying goodbye to the other two.”

Or, will Brooks come back?

“As wishy-washy as he was, there are definitely regrets. He was in tears and emotionally crushed once Des started professing her love. He said as much,” Harrison continued, according to People.

“It’s absolutely possible for him to come back in the game. She may be open to it or maybe she learned her lesson and he’s not the guy anymore.”

Which celebrity would you like to see step into the starring role on The Bachelor? Sound off below!

Why is Lauren Silverman getting all the blame?
Why we all need to follow Katy Perry’s friendship advice
Why Billy Ray Cyrus and Tish Cyrus called off their divorce