Related story Was Amanda Seyfried Smart to Hire Her Mom as Nanny? 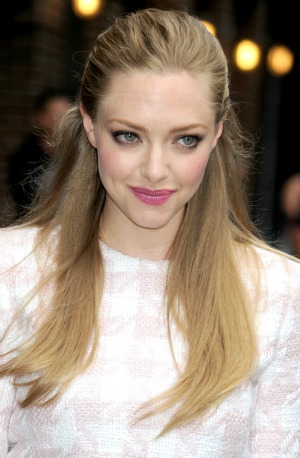 Any good actress does all she can to research her roles top to bottom, and Amanda Seyfried‘s newest role has taken her into new territory.

“It’s like underage drinking,” Seyfried explained to MTV. “You’re looking for it everywhere. It’s like a secret. And of course that was a big deal when Deep Throat was in theaters and you could actually buy a ticket and watch it with everybody.”

“Knowing now what Linda had gone through and what a lot of people have gone through — still, around the world today, much less so in the United States — women are coerced into it,” Seyfried said. “Women are objectified and they’ll always be objectified, unfortunately. That’s the dark side of it. They don’t necessarily want to be there, some of them. The idea of that is enough to turn you off completely.”

Seyfried researched the industry for the sake of her character, but it doesn’t mean she’s any more interested in actually watching the movies that industry creates.

The numerous nuptials of Amanda Seyfried >>

The role gave Seyfried a chance to try something new, and she hopes it will open up new possibilities for her career.

Lovelace will be in theaters Aug. 9.