Why Shark Week is so wildly popular is almost as mysterious as sharks themselves. People of all ages thirst for knowledge about these oceanic predators, and the Discovery Channel delivers — not just with programming, but with lots of cool extras. Here are a few. 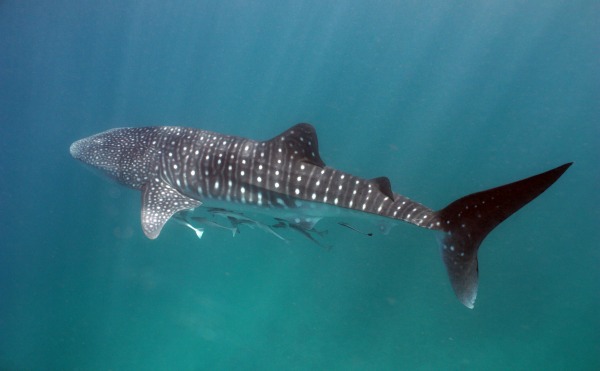 We would have done so much better in school if gathering information for reports meant playing with something like Shark Finder. Shark Finder allows users to scroll to an ocean of their choosing to investigate the shark activity in that area. Click on a shark and an information window pops up that describes the shark and its eating, mating and travel habits.

Stay informed on the coolest programming: Subscribe to our newsletter >>

Whether you’re bored stiff at work, or the kids are driving you nuts in these last couple of weeks before they go back to school, these videos will entertain all ages. After watching a few of these videos, you develop a better grasp of why we’re so fascinated with these creatures. They’re huge, crafty, powerful and unpredictable. The technology used to gain some of this footage is equally fascinating. Here is a sample. Click here for the whole playlist.

Celebrate Shark Week with your kids >>

Can you really call yourself a Shark Week fanatic until you’ve downloaded the app? No. Discovery Plus is an interactive app that allows users to participate in polls and quizzes while watching their favorite Discovery Channel show. Users of the app will also see bonus footage, photos and behind-the-scenes extras. Go to the iTunes store to download the free app.

Identify other Shark Week lovers in the crowd when you both wear your Shark Week T-shirts to the same event. Purchase past Shark Week awesomeness on DVD. Buy Shark Week cupcakes for the kid who’s tired of Toy Story birthday parties. Whatever your Shark Week needs are, Discovery Channel has you covered.

It’s reality TV for sharks! Their every move is on camera for your viewing pleasure. The National Aquarium in Baltimore, Maryland, has partnered with Discovery Channel to bring you this amazing live feature. Starting July 29, 2013, 20 black-tip reef sharks were introduced, one by one, into the exhibit. Place the live shark coverage on full screen and you’ll have the coolest fish tank — for free!