They’re dead if they do, dead if they don’t. Or just dead to begin with. The group that refuses to drink the new Tru Blood laced with Hep V finds out the consequences. 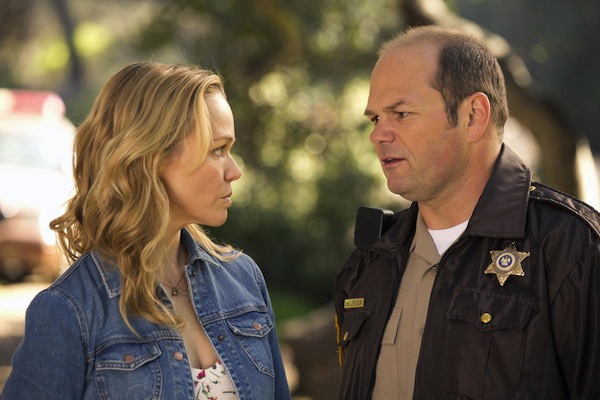 Death is only the beginning on True Blood. And Sookie (Anna Paquin) would rather be Warlow’s corpse bride than have to watch her friends die. Plus, the last thing she wants is to be buried with her parents for eternity. So after much ado about nothing, she agrees to help Bill (Stephen Moyer). Only to discover it may be too late since Eric’s decided to go rogue.

Tonight’s episode starts with Eric (Alexander Skarsgard) mourning Nora’s death and blaming Bill, which leads to Eric proclaiming he has no intention of helping Bill. Eric sets out to take matters into his own hands to save his friends, and he quickly discovers where Warlow is hiding.

Sookie asks Warlow to help Bill. He offers her a deal: He will help if she agrees to eternity with him.

Alcide is a good guy again

Rikki is going crazy and challenges Alcide’s title as pack master. He beats her but doesn’t kill her.

Alcide finds Sam at Merlotte’s and tells him what happened to Nicole. He leaves the two women safely in Sam’s trailer. Sam comforts Nicole and smells something funny on her.

Meanwhile, Vamp Camp distributes the new Tru Blood, but it isn’t long before the scientists discover some vampires are refusing to drink their rations.

Sookie gives too little too late

Sookie goes to Bill who gives his word he won’t kill Warlow if Warlow agrees to help. Bill wants an answer, but Sookie tells Bill about the ultimatum Warlow has given her. Bill thinks it seems fair given Warlow’s offering to save all her friends. 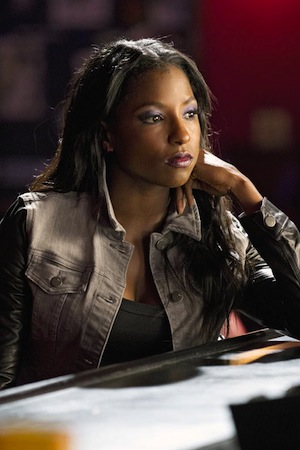 Sam tells Nicole he loves her and wants her to stay just as Sookie barges in to talk to Sam. Sookie and Sam go back to his office, and she shows him her faerie light. She expresses her confusion about what to do and admits she always thought the two of them would end up together.

She couldn’t have shown up at a worse time. That weird smell Sam got off Nicole was his own scent. It means Nicole is pregnant.

She goes to her parents’ graves. She’s decided to take Warlow’s deal because she’d rather spend eternity as a corpse than have to lie beside them.

Eric plans to walk in the light

Things are crumbling for Sarah. People want to see Burrell, namely the rep from the Tru Blood factory. She discovers the Hep V intoxication and is furious. She starts calling the FDA, but Sarah kills her before she can say anything.

Adaline is in the woods with Holly’s boys. Eric shows up and bites her. Andy finds Adaline running on the side of the road. She’s scared but, luckily, seems OK.

The group at Vamp Camp that knows about the Hep V in the Tru Blood is corralled into one of the experiment rooms. Jessica realizes the scientists plan to burn them in the room.

Sookie takes Bill to the faerie realm and finds Warlow with his neck cut. Bill knows Eric is responsible.