Episode 6 marks the halfway point for Dexter‘s final season, and the show is just peaking through the clouds of familiarity. Here’s to hoping the last half of the season brings it back. 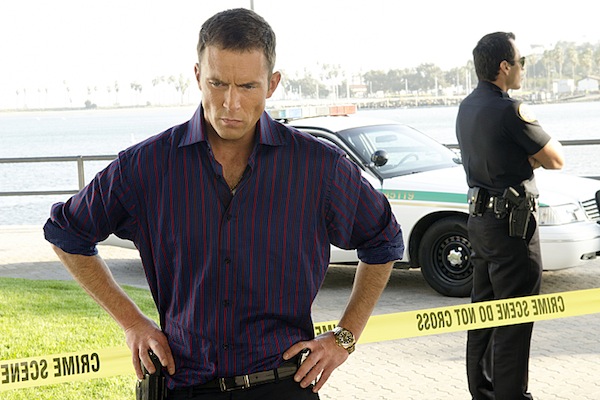 Dexter is strapping people to his table, hunting down murderers and having some quality Deb time. Maybe Dexter hit rock bottom too just like Deb and is now on its way to recovery as the show we love.

Tonight’s episode begins with Dexter (Michael C. Hall) continuing to watch Zach. It turn out, the boy has an affinity for blood and has been meeting with Evelyn. When Dexter confronts Evelyn, she says it’s a conflict of interest and won’t discuss his case. She asks Dexter to talk to her before he kills Zach if Dexter discovers Zach murdered Norma.

At another crime scene, Dexter sees Zach taking pictures from afar. Dexter invites him on the other side of the yellow tape and even allows Zach to take pictures of the scene. Zach is really into it.

To catch a killer

Cassie and Dexter go on a date, and it’s a bit uncomfortable when Cassie starts asking Dexter about his pastimes.

Deb (Jennifer Carpenter) helps her boss Jacob by helping him catch his sister’s boyfriend in the act of cheating. Deb agrees to be the bait and flirts with the boyfriend until the guy offers to take it upstairs. That’s when Jacob shows up and punches the guy. The boyfriend says he’ll end things with Jacob’s sister. Deb is upset by the way Jacob handled the situation.

Zach calls Dexter to show him the crime scene photos he took. At the studio, Dexter sees the image of a woman on Zach’s desk and asks about the photo. Zach pretends like it’s nothing and throws the photo away. 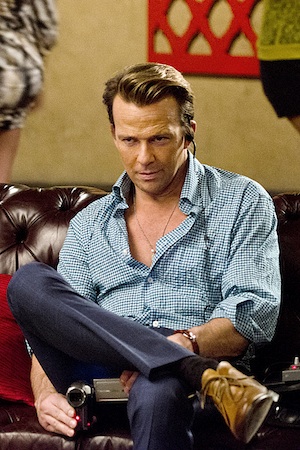 It’s your party, cry if you want to

Batista decides to give Miller the sergeant position. Quinn takes the news by working fervently on the Norma murder. He plans on watching Zach and Dexter offers to go with him. They find Zach taking pictures of a yoga class in the park. Dexter realizes Zach isn’t looking at the class. He’s looking at one particular woman. It’s the same woman Dexter saw in the photograph on Zach’s desk.

Dexter looks up the woman through her car’s license plate. Her name is Sophia Fuentes.

He thinks Zach may have also taken pictures of Norma if he did in fact kill her, and goes to Zach’s studio to search the place. Dexter finds a flash drive with pictures of Norma as she died. He shows the proof to Evelyn. Evelyn proposes they teach Zach the code, but Dexter won’t hear of it.

It’s Jamie’s birthday, and her party doesn’t go so well. Masuka tries to give Nikki a check, and it really offends her. She gives it back and leaves the party. Cassie brings a date. And Jamie finds out Batista gave Miller the promotion and is upset with her brother.

Dexter realizes Zach plans on killing Sophia that night and rushes to save her. Sophia is with Zach’s father. She is the new mistress after Norma. That’s why Zach wants to kill her. Or so Dexter thinks. Zach actually plans to kill his father instead. Dexter drugs Zach before he can make the move.

On the table, Zach says he had to kill his father because his father is killing his mother. She’s been drinking herself to death for years because of his father’s affairs. Zach was protecting his mother. Dexter also gets Zach to admit he enjoys killing. Dexter realizes Evelyn is right and cuts Zach free. He plans to teach Zach the code.

Later, Deb tells Dexter she knows Elway has feelings for her and that’s why she was upset at the way he handled the boyfriend sting. She starts to feel sick and realizes she’s been drugged. Dexter doesn’t feel well either and Hannah returns just before he passes out.