Lindsay Lohan may have had her wild moments, but it doesn’t mean she is ready to strip for the world. The actress knew the nudity in her new film was critical for the story, but she ended up having second thoughts during filming. 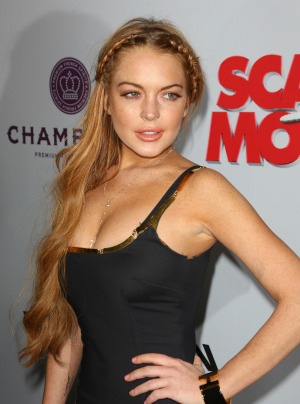 Just when we thought we knew everything we could about Lindsay Lohan, it appears we are about to learn a whole lot more. According to MTV, the actress’ new film, The Canyons, has her in the flesh for many scenes, which include one in which Lohan is topless and one where she is part of a foursome.

Lindsay Lohan: Back to work and getting rave reviews >>

The film marks a return for the actress, not long after she was released from rehab. According to screenwriter Bret Easton Ellis, Lohan knew what she was getting into when she signed on for The Canyons.

“Everyone has a contract where they specify what they are comfortable with and what they are not comfortable with,” Ellis told MTV. “So her contract was gone through quite carefully. Signing on for that role, she completely knew that that was going to be part of it, and I think the first discussion with Lindsay was about the nudity and the film’s sexuality, and she had no problem with it. She said ‘Let’s do it.’ And then of course I guess she got cold feet at the foursome scene. But what can I say? She was a trouper.”

Lohan plays Tara, a “Hollywood social climber,” who is dating Christian, played by James Deen. The couple invite others home to share their bedroom, and Christian’s character regularly films the trysts. Ellis explained that the part of the story where Christian is filming the sex scenes shows an important aspect of modern society.

“I was thinking a lot about transparency,” Ellis explained to MTV. “[I was] just thinking about how technology doesn’t let us lie anymore. The transparency and the limits of secrets right now in our society [is a big part of the movie].”

Besides the idea of how relationships interact with modern technology, Ellis wanted to write about relationships with people who were raised in very different worlds — those with money and those without. The screenwriter’s other writing credits include American Psycho and The Rules of Attraction.

Lohan is out of rehab, promoting the movie and doing what she can to keep positive forces in her life. She guest-hosted Chelsea Lately last week and is looking good. She will be appearing in her first post-rehab interview with Oprah in August.

The film is getting mixed reviews (the New York Times says, “It isn’t a good movie in terms of the conventional norms (acting for starters), but it also exhibits a crude integrity”), but hopefully it’s a whole new start for the actress.