The R-rated summer-fun movie about a perfect family who is perfectly crazy (they’re actually smuggling reefer across the border from Mexico), re-teams Horrible Bosses co-stars Jennifer Aniston and Jason Sudeikis in a cheeky comedy with oodles of heart. 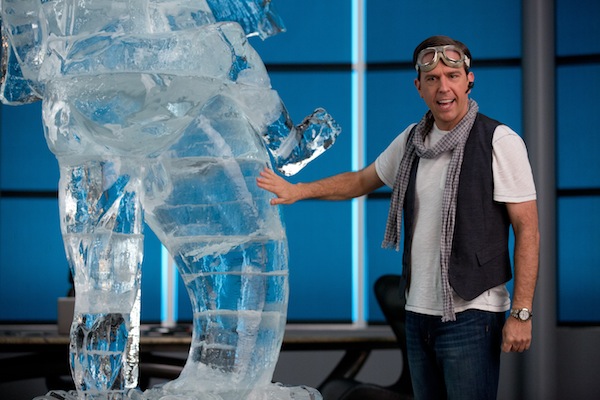 3 Stars: Perfect for a date, a mate or a few laughs

Small-time drug dealer David Clark (Jason Sudeikis), has apparently missed all the milestones of regular guy life — finding a job, getting married and having kids. He’s a drug dealer with a healthy Rolodex of clientele (even a mom!), and life seems pretty great — until he loses his stash to a gang of punk thieves.

David’s kingpin drug boss is less than pleased. Played brilliantly and with a pitch of sarcasm an octave higher than Sudeikis, The Hangover’s Ed Helms decides David can make it up to him by heading down to Me-HE-co and picking up a little bit of weed.

“Little bit” is actually code for truckload and David realizes he’ll never pull this off without a believable disguise. When the idea of posing as a Clark W. Griswold-type family on vacation hits him like a bolt, he soon realizes he needs some help from a few of his neighbors. 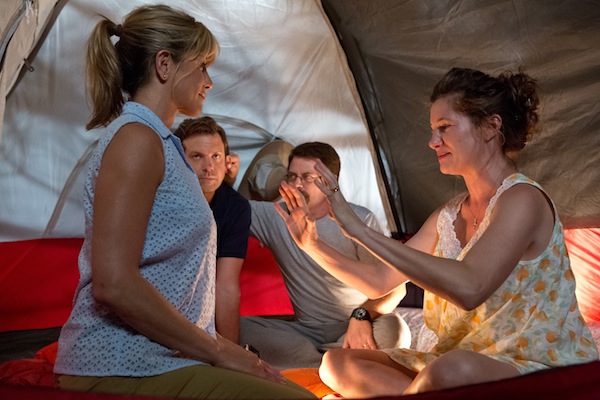 Enter Aniston and her hot bod. Conveniently, David’s downstairs neighbor is a soon-to-be-evicted stripper played by the Friends co-star. Aniston gives Rachel a whole new persona in this movie. Smoky eyes plus leather, plus a barrage of F-bombs are proof the 44-year-old actress with a supermodel physique is trying to shake the girl-next-door stereotype. Aniston definitely gives an eyeful in her stripping scene but never goes full commando. The question remains, can she shake Rachel or should she have to?

Now all this SNL vet and his galpal stripper need are some kids. A lonely-heart teenager, played by Will Poulter, who just wants to be cool makes the perfect goofy son — no makeover needed. Add Emma Roberts as the runaway whose face is in a permanent state of “whatever” and the family is complete.

The foursome hits the road to get the dope. But, as you can imagine, they run into more than a few difficulties. One of which is an evil Mexican drug lord played by Tomer Sisley and a hilariously clueless vacationer with visor sunglasses played by Parks and Recreation’s Nick Offerman. Comedy ensues on the road trip to hell. 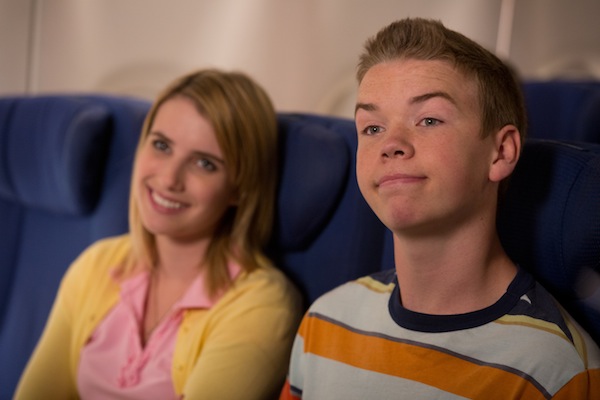 We’re the Millers has a very 1983 National Lampoon’s Vacation feel, taking the idea of the dysfunctional family beyond its limits (there’s a swinging sex scene and group kissing). There are loads of one-liners, thanks to the magic of improv by Sudeikis, and the on-screen chemistry between he and Aniston sizzles.

As for shortcomings, the laughs aren’t as big and the set pieces aren’t as grand as the duo’s last on-screen performance together in Horrible Bosses. Even when Aniston is playing a stripper, she’s still as adorable as Rachel, and when Sudeikis is pretending he hates his fake kids, the audience knows he’s got a heart of gold.

Could these two characters be too likeable to pull this off? Unfortunately, the sweetness of the family moments kills the comedy of all the lying, hating, cheating and drug dealing.

Bottom line: We’re the Millers is packed with Sudeikis’ dry wit and Aniston’s famed girl-next-door, albeit at times decked out in leather and smoky-eyed attitude, but the plot fails to live up to its R rating. Worth a viewing if you need a giggle.