And the name of the new Doctor is… 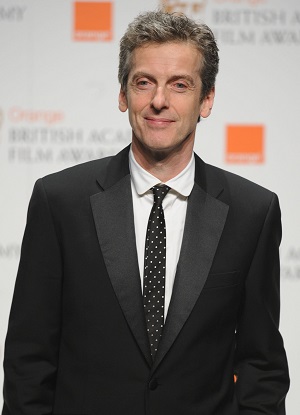 The Twelfth Doctor is Peter Capaldi.

Late last week, the BBC announced that this Sunday it would tell us who would be playing the Twelfth Doctor. Whovians everywhere were immediately gripped with giddy anticipation. Saying farewell to a Doctor is never an easy task, though it’s certainly something Doctor Who fans must be familiar with. During Doctor Who‘s 50 years, it has seen nearly a dozen regenerations of the title character. Each time the Doctor meets a fatal ending, he simply regenerates into a new actor. He has the same memories, but each new regeneration comes with his own quirks.

During the newest run of the show (which began in 2005), the Doctor has already regenerated twice. The year 2005 opened with Christopher Eccleston, who only lasted a season before regenerating into the tenth version of the doctor, played by David Tennant. Tennant eventually bowed out, too, and into his place stepped the young and strapping Matt Smith. Much to the dismay of Whovians across the globe, Smith announced he’d be departing the show during the Christmas season and that it was up to writer Steven Moffat to find his replacement. Now, after weeks of dodging the press and letting rumors run wild, Moffat has found our man.

Smith isn’t gone for good yet, though. He’ll return for the 50th Anniversary episode (along with the Tenth Doctor, David Tennant) and the Christmas episode, when he’ll most likely regenerate into Doctor No. 12, played by the newly named Peter Capaldi.

Dream casting: Our choices for the new Doctor >>

Capaldi is an interesting choice. He’s not exactly an unknown actor, as his IMDB resume is actually quite long. He’s had roles in the U.K.’s popular show The Thick of It, and he’s also made guest appearances on plenty of TV shows like Midsomer Murders, Skins and Cold Blood. His SF credentials go way back, as he starred alongside a young Hugh Grant in the 1988 cult classic The Lair of the White Worm. He’s also no stranger to Doctor Who. In 2008, he starred in an episode titled “Fires of Pompeii” and had a five-day story arc in the Who spinoff Torchwood. He’ll also be the second-oldest actor to take on the role. We can’t wait to see how he does!

Tell us what you think of this casting decision!