Well, it seems that amidst all the spitting allegations, using a bucket as his toilet, the alleged hit-and-run incident and a tour bus busted for illicit substances, the Biebs has managed to find time to finish off his sleeve tattoo. 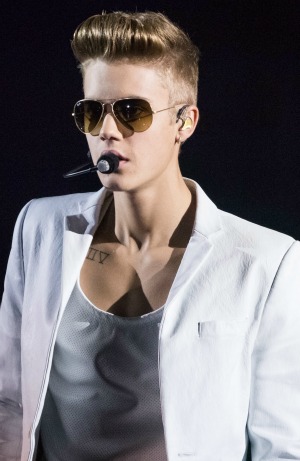 The Never Say Never singer took to Instagram to proudly show off his finished ink. It was reportedly done in New York City at legendary Bang Bang Tattoos, whose clients include a string of celebrities such as Cara Delevingne, Rita Ora and Rihanna.

The tattoo took 4 hours (ouch!) to create and was completed on Aug. 1, when the ink expert put the finishing touches on Bieber’s left arm.

The 19-year-old pop superstar took to the photo-sharing site yesterday to show the world his latest design, which Bieber simply captioned, “Art.”

Art it most certainly is, and this latest ink adds to Bieber’s collection of tattoos — a whopping 17 of them. They include images of Jesus, the word Believe (after the pop star’s third album), a girl who closely resembles ex-girlfriend Selena Gomez, an owl and an eyeball.

The completion of his sleeve was revealed just weeks after Bieber showed off his eyeball tattoo, which reportedly represents the watchful eye of his mother, Pattie Mallette. The realistic eye design sits in the crook of his left arm, perhaps to serve as a reminder to not engage in bad behavior?

Does Justin Bieber’s new tattoo suit him, or has he got too many already? Tell us in the comments below!