The Bourne franchise is still alive and well. Universal is officially moving forward with another sequel centered on Jeremy Renner’s Aaron Cross. 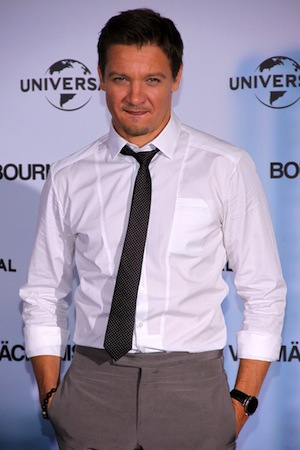 We knew Universal Pictures hadn’t given us the last of Bourne. Shortly after the release of the spinoff, The Bourne Legacy, there were rumors of multiple sequels on the horizon. Friday, it was confirmed that the studio is in fact adding a fifth installment to the action franchise.

The Bourne Legacy movie review: The spy who I wish loved me >>

According to Variety, Frank Marshall and Captivate Entertainment’s Ben Smith and Jeffrey Weiner are all on board to produce. Once again, the story will center on Aaron Cross, who was played last time by Oscar nominee Jeremy Renner.

Jeremy Renner to the rescue in new Bourne Legacy clip >>

Anthony Peckham (Sherlock Holmes, Invictus) will write the script, which will expand on Cross’ character. If Universal wants to keep the franchise viable, it has to make him a hero we can root for. There are no signs of Matt Damon‘s return to the series, which originated with his Jason Bourne. That trilogy of films was a huge box office success for the studio.

Damon’s last entry, The Bourne Ultimatum, grossed $442 million worldwide. Renner’s first outing, The Bourne Legacy, earned $276 million. That’s quite a difference, but it was obviously enough to green-light a sequel.

On the critical front, Legacy scored 56 percent on Rotten Tomatoes — not so great. We hope the producing team learned from the film’s mistakes and will make the necessary improvements. We want the franchise to live on and live up to the Bourne name.