Doctors think they have a diagnosis regarding Amanda Bynes’ mental health. However, they’re being cautious and waiting to see if the medication takes hold. 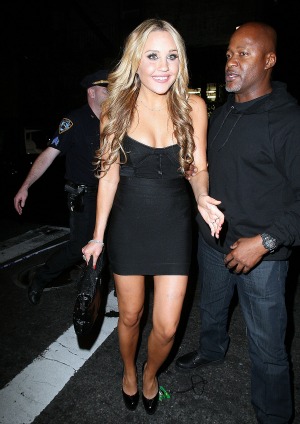 The sad tale of Amanda Bynes continued this week as it appears the rumors about the former actress’ mental health are true. According to RadarOnline, Bynes is reportedly suffering from schizophrenia.

On Thursday, the troubled starlet’s doctors were in court to inform the judge in her case that they’re treating her for severe mental illness. She continues to be held on an involuntary 5150 psychiatric hold that was extended last week.

A source told the gossip site, “Amanda’s doctors and a social worker told the judge that Amanda is being treated for schizophrenia.”

Doctors are hoping to have a final diagnosis this week, but are being cautious with the Hairspray star.

The insider continued, “Although a formal diagnosis will be finalized in the next several days, it’s almost certainly schizophrenia. Reports that said she was responding well to the psychiatric drugs that were being given to her are wrong. It can take months, or even years to get someone like Amanda to find the right drug combination and then get her [therapy].”

The fact that the 27-year-old is finally getting the help she needs is a welcome relief to her family and friends who have been worried about her for months. Her parents will be back in court on Aug. 9 to find out the final outcome of their conservatorship case. They’re hoping to take charge of her estate so she won’t continue to blow through her career earnings.

There is a silver lining to this story, though.

The RadarOnline source shared, “The good news is that schizophrenia is treatable. It’s a very serious diagnosis, but Amanda can live a long and healthy life, as long as she takes her prescribed medications. She can function in society and still work.”

Hopefully, that day will come soon for Amanda Bynes.