Check out some fun facts about Robert Pattinson’s new girlfriend (if the rumors are true), Sarah Gadon. 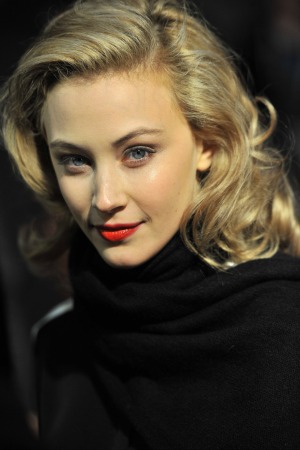 The internet has been buzzing about Sarah Gadon and the possible romance that could be brewing between her and her Maps to the Stars co-star Robert Pattinson. Whether she and Pattinson turn out to be dating or not, there are a few things you should know about the actress.

Harry Styles reveals how many women he’s slept with >>

Gadon was born in a little suburb in Toronto, Ontario, Canada.

While most actresses hover around the 5-foot 6-inch mark, Sarah is just 5 feet 3 inches tall. She and Pattinson must look really cute together, since he is nearly a whole foot taller than she is.

Gadon studied dance all of her life and especially enjoys ballet and modern dance, as well as hip-hop. She spent a lot of time in her adolescence training as a performer as a Junior Associate at the National Ballet School of Canada and was also a student at the Claude Watson School for the Performing Arts.

With a birthday in early April, Gadon is an Aries. According to whatismysign.net, that makes her openhearted and strong, with her main features being frankness and honesty. Aries are also supposedly seldom ill and love to work.

Yes, before there was the CW’s Nikita, there was La Femme Nikita and Gadon starred in an episode of the series when she was just 12 years old.

She once did an episode of Are You Afraid of the Dark?

Gadon’s second TV role was playing a character named Monica in an episode called “The Tale of the Forever Game,” on the popular kid’s show Are You Afraid of the Dark?

She landed a role in The Amazing Spider-Man 2… as a cyborg?

Gadon has been cast in The Amazing Spider-Man 2 and, according to an interview with Toronto Life, she’s going to be playing what sounds like a cyborg. “My character is an artificial intelligence officer,” Gadon revealed. “She represents the convergence of humanity and technology — it’s very Cronenberg.”

What do you think now that you know a little more about Sarah Gadon? Do you think she and Robert Pattinson could make a cute couple?