There are few things more comforting than curling up with a good book and, as luck would have it, there’s a whole genre dedicated to getting snug! This fall, grab a cup of cocoa and hunker down with one of these new cozy mysteries.

Curl up with a
good mystery!

There are few things more comforting than curling up with a good book and, as luck would have it, there’s a whole genre dedicated to getting snug! This fall, grab a cup of cocoa and hunker down with one of these new cozy mysteries.
1 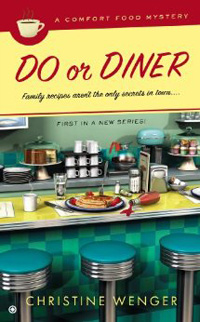 For the debut book in her “Comfort Food Mystery” series, author Christine Wenger dunks us right into the thick of things in upstate New York at the famed Silver Bullet Diner. Just taken on by Trixie Matkowski — who’s looking for a fresh start away from her cheating ex — the small-town eatery becomes embroiled in danger and drama when the health inspector keels over in his Blue Plate Special. Bonus? This tasty whodunit has recipes! 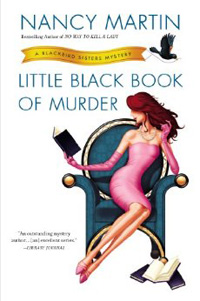 The ninth effort in the “Blackbird Sisters Mystery” series, Little Black Book of Murder finds Nora Blackbird struggling to make ends meet as a society columnist for the Philadelphia Intelligencer. But when the first big story on her new celebrity gossip beat turns out to be a celebrity murder, money is the last thing on Nora’s mind. Between her colorful family and her new editor breathing down her neck to break the case, Nora needs her sisters more than ever for this high-society crime caper. 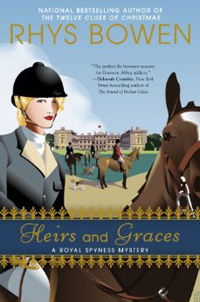 If we were judging a book by its cover, we would totally pick this one up — it’s just so equestrian chic! Happily, what’s inside is equally as intriguing. Following in 2012’s The Twelve Clues of Christmas, Heirs and Graces is Bowen’s seventh “Royal Spyness” mystery and chock full of just as much drama as its predecessors. Set in 1934, the book follows quasi-royal Lady Georgiana Rannoch as she ensnares herself in a royal whodunit. A must-read for Downton Abbey addicts! 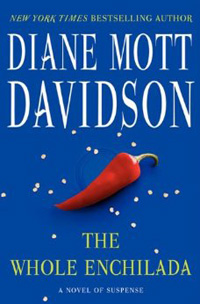 The seventeenth of Davidson’s “Goldy Bear Culinary Mystery” series, The Whole Enchilada serves up a spicy slice of cold-blooded murder. Caterer/sleuthing extraordinaire Goldy Schulz is known for cooking up killer dishes… but, for the first time, she is afraid her cooking may actually have killed! When a friend bites the big one after leaving a party Goldy catered and — soon after — a colleague is stabbed, Goldy has to turn up the heat on solving the crimes before the killer makes mincemeat of her.

The Darling Dahlias and the Texas Star 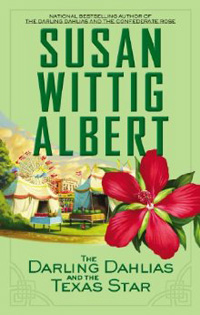 Who knew towns so small could be filled with so many secrets? In her fourth “Darling Dahlias Mystery,” national bestselling author Susan Wittig Albert heads back to Darling, Alabama, in the 1930s as Miss Lily Dare — the “fastest woman in the world”— and her Dare Devils Flying Circus arrive for the annual Watermelon Festival. But rumor has it Miss Dare has been threatened… and might just be involved with a married local man. Dark secrets will be revealed, along with southern-style Depression-era recipes! 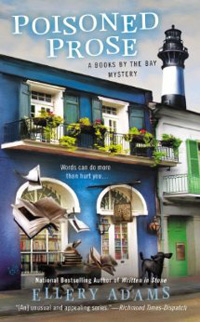 A “Books by the Bay Mystery,” Poisoned Prose peers in on Olivia Limoges as she and other Oyster Bay patrons of the arts come together at a retreat for famous storytellers. But when Violetta Devereaux — the most famous of them all — announces onstage she will meet her end in Oyster Bay and soon does, suspicion starts to fly. Who killed Violetta? Did she, indeed, possess an invaluable treasure? Chief Rawlings and the Bayside Book Writers rush to close the book on this crime.

Murder, She Wrote: Close-Up On Murder 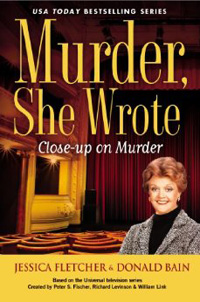 How could this not be a great read with Jessica Fletcher at the helm? In the impressive 40th episode of her USA Today bestselling “Murder, She Wrote” series, Jessica discovers that the movie biz is downright murderous. When one of her older novels is being adapted into a big-budget film, Jessica and the crew head to the location of the book’s crime — Cabot Cove. But fiction and reality blur when the actress playing the book’s murder victim is murdered just like the main character.

Pall in the Family 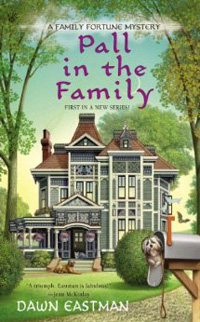 The debut book in Eastman’s “Family Fortune Mystery” series, Pall in the Family takes readers on a mystical trip to Crystal Haven — a small western-Michigan town revered by tourists seeking psychics, séances and contact with the spirit world. Often sought out by said tourists, the Fortune family is famous for their supernatural proclivities: Rose reads tarot cards, her sister Vi is a pet psychic and Rose’s daughter, Clyde… well, she is trying to pretend she hasn’t inherited her family’s “gifts.” A cop by trade, Clyde comes home to Crystal Haven to reevaluate her life, only to be thrust into the thick of a mystery when a local psychic is killed.

Going Through the Notions 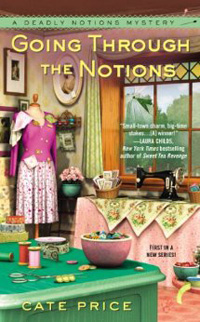 A cozy mystery set in the quaint town of Millbury, Pennsylvania, Going Through the Notions is Cate Price’s first book of “A Deadly Notions Mystery” series. Daisy Buchanan — whose parents were obviously F. Scott Fitzgerald fans — presides over a shop in the village called Sometimes a Great Notion, a boutique specializing in sewing bits and baubles, antiques and jewelry. When Daisy’s mentor gets carted off and accused of murder, the retired schoolteacher must put on her thinking cap to stitch together the truth. 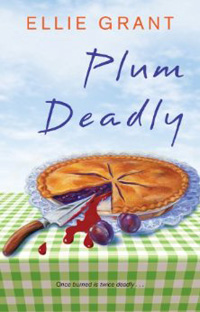 In Durham, North Carolina, the Pie in the Sky Café constantly buzzes with locals who can’t get enough of lip-smacking slices of Chocoholic Cream, Bountiful Blueberry and more. When Maggie Grady is forced to flee her financial job in New York after being accused of cooking the books, she heads to the safety of her home town — where Aunt Clara welcomes her with a job at the family pie joint. When Maggie’s old boss, Lou, turns up in town with news that he plans to exonerate Maggie, she thinks she’ll be heading back to the big city… that is, until Lou’s body is discovered behind the pie shop. Now Maggie must clear not only her name, but the name of her family as well.