True love or cold, hard cash — did Simon Cowell’s baby mama have a motivation for getting pregnant with the music mogul’s love child while she was still married to another man? 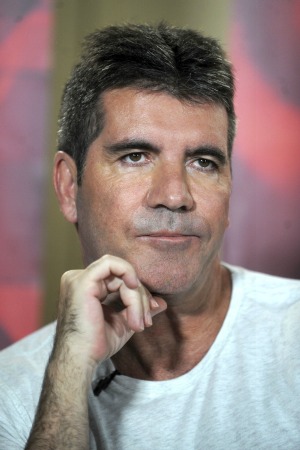 While Simon Cowell is a notorious Lothario and, let’s be blunt, totally betrayed his longtime friend Andrew Silverman by sleeping with his wife, pals say his soon-to-be baby mama Lauren Silverman had definite motivations of her own when she started the affair and now is making some pretty hefty demands.

“Lauren is now going around telling people that she will be in charge of all his properties around the world and has demanded a country home in the Cotswolds,” a source told the Daily Mail. “She has also threatened not to allow him access to the child unless he marries her.”

“Lauren has also started to push Simon to turn her into a reality TV star. She wants her own show like the Kardashians and has already apparently started filming the pregnancy,” the source continued. “Simon is horrified and has said no. He is already talking about creating separate baby wings in all his homes for Lauren and the baby.”

“His mansions are huge and he will effectively be allowed to carry on with his own life without disruption. He has no problems looking after his heir apparent — that is all he is interested in and he will ensure Lauren has a roof over her head in order to raise his child.”

Sources tell the New York Post that Silverman is a “gold digger” who got pregnant “by design,” and her estranged husband’s brother takes great exception to the story that the pair was separated before she started sleeping with Cowell.

“It is an unbelievable story of betrayal. It is a sad story and a tragic story,” Alexander Silverman told the paper. “The suggestion that she was an estranged wife who fell into another man’s arms is not the case.”

In fact, Andrew Silverman is so incensed by the situation that rather than declare the simple and usual “irreconcilable differences” in his divorce petition, he went with the much more expensive and difficult to prove “adultery” — and named Cowell as a co-respondent.

Because of this, the curmudgeonly X Factor judge was reluctant to discuss his impending fatherhood. “Unfortunately at this moment I have to keep it private,” he told questioning reporters at a Television Critics Association meeting in Beverly Hills yesterday.

“There are a lot of things I will eventually clear up when the time is right, but I really have to be sensitive because there’s a lot of people’s feelings involved here,” he later told People.

As for the cuckolded husband, he’s trying to take the high road and leaving the dirty work to the lawyers. “My top priority is protecting my 7-year-old son while working to resolve all outstanding issues with my wife,” he said in a statement issued to press Thursday. “Hopefully people can respect the interest of our child during this process.”

46 mins ago
by Alicia Kort