Lady Gaga and Madonna made waves while they were overseas last year, and it appears Russia is looking to send them to jail for what they did. But the issue may be about more than just the two singers — it may actually affect the upcoming Sochi Olympics. 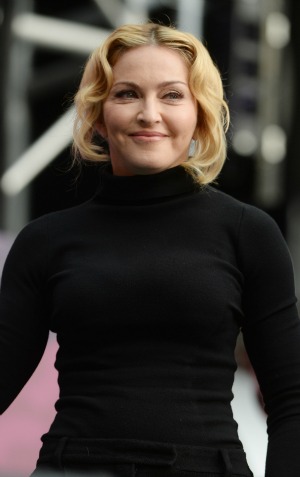 Some leaders in Russia have made no secret about the fact that they do not like Madonna or Lady Gaga, and they did not want them in their country. But now it appears that the singers could be prosecuted for what Russian officials are calling a crime.

The possible legal issues come from the singers’ visas while on tour.

“The visas issued were of the basic cultural exchange sort, which does not grant their bearers the right to engage in any commercial activity,” the Russia Prosecutor General’s Office said in a statement.

What this means is that Gaga and Madonna never told the country they would be performing concerts, and therefore the terms of their visa were not followed, according to Rolling Stone.

The issue may be much bigger than visa violations, though. A Saint Petersburg politician filed a complaint after Lady Gaga’s concert, saying it violated the city’s law which prohibits promoting homosexuality to minors. Madonna was accused of doing the same. She was very vocal about speaking out about the country’s anti-homosexuality laws and rules during her concerts in Russia last year.

The 2014 Olympics will be held in Sochi and the country seems to be doing all they can to make sure there are no other “bad influences” in their country. On Thursday, politicians in the country said they would attempt to make sure any gay athletes or others attending the Olympics would be prosecuted.

The actions against Gaga and Madonna could mean more than just the arrests of two of the world’s biggest pop stars. It could have severe repercussions for the country in the coming years.

“Not one artist, circus or exhibition will come here if the prosecutor’s office fines someone now,” Yevgeny Finkelstein, a concert promoter in the country, told Russian news outlet RIA Novosti.

Lady Gaga and Madonna have not yet responded to the visa debacle, but you can be sure they’ll be using the news to bring further awareness to their causes in Russia.