SheKnows had a chance to talk to singer-songwriter Ryan Star about his new EP Animals and why having a record deal isn’t all it’s cracked up to be. 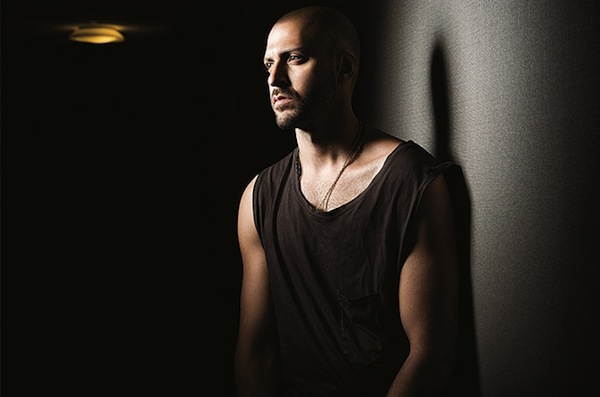 When you talk to singer-songwriter Ryan Star, you get the feeling that a huge weight has been lifted off his shoulders.

“I feel like the chains are off a bit, I really do.”

And to understand why he feels free, you have to go back a bit.

Edward Sharpe and the Magnetic Zeros get rambunctious on new album >>

Star formed his first band when he was 14 years old. His band released four EPs, two studio albums, and he played at the famed New York City bar CBGB when he was still in high school.

And yes, he had a record deal. In fact, he’s had three.

“Ever since you were a little kid, you believed you needed a record deal. That’s how you make it. Truth is, not once have I felt I was able to be me, present [my music] to people like me, and it always felt like it was a fight to do anything — especially creative things.”

So now, 20 years after that 14-year-old dreamed of making it big with a record deal, Star’s record deal days are no more.

“I closed this giant, potentially evil, corporate, greedy door. And now that it’s shut, it’s not an option for me. I’m just opening up all of these awesome light-colored doors, which have passion and belief behind music.”

There is no mistaking the change in his voice when he talks about his newfound freedom. It’s precisely because of this freedom his new EP, Animals, seems so raw and unburdened.

Star explains about his songwriting, “I’m a visual writer. When I’m writing lyrics I like to create these movies in my mind and then write lyrics off of that.”

The five-track EP has a nostalgic feel — especially lyrically — while the music pushes his artistry forward.

“Animals is coming from this ‘you don’t fit anywhere’ kind of thing. You’re not a grown-up, you’re not a baby.”

In the reflective “World I Used to Know,” Star builds to almost a scream with the lyric, “We wished a lot of things when we were 17, and we are waiting for it now.”

Star hits that feeling head on with this EP. Listening to these songs may make you almost feel uneasy — as if you are trapped with your younger self in a Cameron Crowe movie, wanting to tell yourself that everything is going to be OK, but you know you can’t.

Check out our interview with Mikey Wax >>

The songs on Animals are wistful and pensive, contemplative and hopeful — and nothing that a big record label would have ever released.

Ultimately, it’s exactly what Star wanted as an artist.

“Animals is really about being honest — about having no filter between my words and my feelings.”

And that’s what makes these songs so good.

Animals is just five of a whole slew of tracks very recently recorded and mastered. Star hinted at a full length album he’d like to release soon. “There’s more music around the corner,” he said.

With more music around the corner, television and film producers should get ready for an onslaught of great music for their projects.

Star’s songs have already been featured in more than 50 films and TV shows, including The Vampire Diaries and the opening theme of the show Lie to Me.

Star says he loves when his songs spark a creative idea in other mediums. “That art inspiring art thing for me is the greatest feeling in the world.”

So which song off of Animals does Star think will be snatched up next?

A self-proclaimed “Brooklyn hipster,” Star has not only been looking back in his songwriting, but he’s looking back with some of his music choices, having recently bought three new records (yes, not CDs or downloads — records) by Bon Iver, The Pixies, and the indie rock band he’s currently really excited about, The National.

“When something does ring in my radar, I get really excited about it because it’s hard to hear [music] fresh like you did when you were a kid.”

And that is the reason why Star is now independent. It seems he is longing for that feeling of hearing fresh music — unhindered by producers, assistants, executives and everyone else at a record company who has input on his sound.

“In a sea of noise, can I just put my music out there without being manipulated and see the direct relationship with my fans and the new fans to come?”

Animals is certainly a fresh sound that deserves a listen… or four. Below, check out the EP’s first single, “Impossible.”

Animals will be released Monday, Aug. 5, and is available on iTunes.

What do you think of Ryan Star? Is independence the wave of the future in music? Let us know what you think below.