Desiree gave her heart to Brooks, but he gave it right back when he left the show last week because he didn’t think Des was “the one.” Will Des give Drew and Chris a chance to win her heart? Or is it too broken? 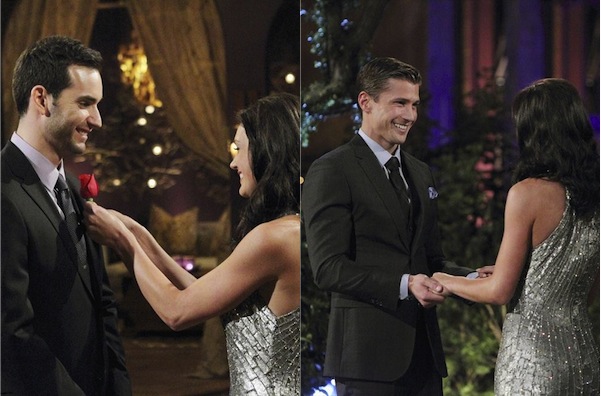 It was a bad week for Des on the last episode of The Bachelorette. She had her heart set on a future with Brooks, only to learn he just didn’t see it. It was emotional and long — the two even went on a walk after they cried it out, only to cry it out some more. As he was breaking up with her, she was telling him he was the one she wanted to choose, the one who occupied her thoughts.

Now, a look at the season finale shows a heartbroken Des who may not end up with any of the guys.

“Brooks leaving, it broke my heart,” Desiree says between tears in a clip aired on PEOPLE. “It broke my heart for him to say those things to me. Knowing I have two amazing, unreal, guys who do want to love me, who do love me, but I just can’t love them as much.”

It looks like Drew and Chris should have their bags packed. Can you imagine if she says all these things about how she doesn’t love them as much as Brooks and then picks one of them as her future husband. That just doesn’t seem right… Weirder things have happened on the show, though. You’ll remember Jason picked the wrong girl, Melissa, and then broke up with her on TV and asked Molly for a second chance. Jason and Molly are now married.

But Desiree seems pretty confident in where her heart lies.

The Bachelorette: What was in store for Brooks and Des >>

“It throws everything off, having Brooks gone,” Hartsock continues in the finale clip. “It’s really hard to have pictured a marriage, to have that in reach, to have that fall… it’s the worst feeling in the world. It sucks.”

There’s a chance Brooks could realize the error of his ways and return to the show. He was pretty heartbroken during the breakup, even saying it was one of the hardest things he’s ever had to do. We’ll keep our fingers crossed that there may still be some surprises in store.