Gloria Estefan has sold millions of albums, but took a step back years ago to help other Latin artists make their way in the industry. Which one is she especially proud of? 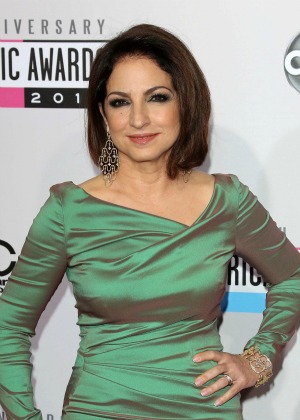 Gloria Estefan has had a career many musicians can only dream of. The seven-time Grammy Award winner will join Oprah Winfrey on Oprah’s Next Chapter to speak about her career, and how she has helped other musicians become who they are.

Estefan talks about guiding the careers of other Latin musicians, including Ricky Martin, Jennifer Lopez, Marc Anthony and Shakira.

It sounds like the musician she feels especially proud of helping is Shakira, and she had a big part in her success in the United States. Estefan said her protégé’s first English-language album was no accident, but it was a long battle with Shakira’s record execs to release it the way it was released.

“They wanted her just to throw a couple of songs in English on a Latin record and I fought hard,” Estefan explained according to Billboard. “I said, ‘Listen. This is her shot. You can’t do it halfway, you know?’ An American audience is not gonna get a record that’s mostly Spanish because there’s a couple of English cuts on it. They’re gonna want to hear the whole thing. This is gonna work. I fought hard for her. Fought hard. And she sold like 13 million of that album.”

Shakira’s first English-language album, Laundry Service, was released in 2001 and features the hits “Whenever, Wherever” and “Underneath Your Clothes.”

The 36-year-old Colombian singer has had her own success, before and after being introduced to English-speaking audiences. She joined The Voice this season as a judge, and also gave birth to her first baby in January.

Estefan has sold more than 100 million albums worldwide, and has been married to producer Emilio Estefan for 35 years. But the singer has also faced her own problems. She was involved in a bus crash in 1990 that almost left her paralyzed, but she keeps going and is still as successful as ever.

Estefan’s interview with Oprah will air on OWN on Aug. 4.

50 seconds ago
by Sara Kitnick

1 hr ago
by Jessica Castillo

3 hrs ago
by Jessica Castillo