Hunger Games star Wes Bentley shares his former struggles with heroin and how his comeback is oh-so-sweet. 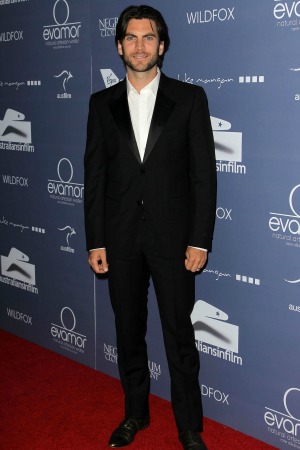 In the wake of Cory Monteith’s death from a heroin overdose, Hunger Games star Wes Bentley opened up to The Hollywood Reporter to discuss his former addiction issues. He’s been to hell and back, but he’s a survivor.

Bentley first rose to prominence in the acting world in 1999’s American Beauty. However, that level of success drove him to drugs instead of the new film opportunities open to him. At the age of 21, he used drugs to “escape expectations.”

He even confided to THR that his reliance on heroin “happened in a matter of days.” As a result, Bentley had a spotty career post-American Beauty. He shot The Four Feathers with his best friend, Heath Ledger, in 2000, but then did not work again until The Game of Their Lives in 2003.

Bentley shared, “I wasn’t bringing my A-game to any of them. I don’t know if I was bringing my B-game. I just kind of didn’t care and [was] coasting.”

Along the way he married actress Jennifer Quanz, but his love for drugs superseded his love for his wife. They divorced in 2009. The 34-year-old actor didn’t even let the loss of Ledger to a prescription drug overdose hamper his own drug use.

Eventually, Bentley bottomed out with an arrest for drug possession and a huge IRS debt. He detoxed in Los Angeles and then immediately traveled to Buenos Aires, Argentina where a sober friend was completing a film they had both worked on. Together they attended daily meetings to stay on track.

He eventually found love again and married producer Jacqui Swedberg in 2010. They are parents to a 2 1/2-year-old son and he has remained sober ever since.

His career has also been rejuvenated. In addition to the first Hunger Games film, he was just cast in the HBO pilot Open as well as Christopher Nolan’s highly anticipated 2014 film, Interstellar.

Bentley believes his early success just came too easy for him, so his comeback is that much sweeter. He takes much less for granted now.

“I’ve been given this second chance, and I’m going to do everything I can with it,” said Bentley.